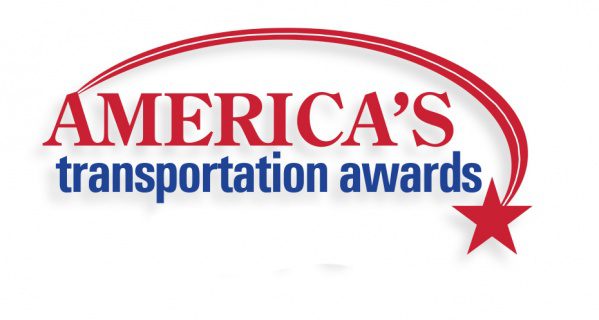 The Mid America Association of Transportation Officials presented the awards at its annual conference in Minneapolis. MAASTO is the third of four regional groups to announce winners this year.

Now in its ninth year, the America’s Transportation Awards are sponsored by the American Association of State Highway and Transportation Officials, the AAA motor club, and the U.S. Chamber of Commerce. The competition recognizes the best transportation projects in three categories and sizes: Quality of Life/Community Development, Best Use of Innovation, and Under Budget. The projects are grouped into three sizes, small for projects costing less than $25 million, medium for those between $26 million and $199 million, and large for those costing $200 million or more.

“Transportation projects require a major investment of time, money, expertise and labor,” said Paul Trombino, AASHTO president, and director of the Iowa DOT. “These awards recognize the many benefits of America’s investment, and they demonstrate how state transportation departments are improving safety, increasing mobility, and enhancing the quality of life in rural and urban communities.”

Transportation projects that were completed in 2015 are eligible to compete, and the nominations are judged by officials representing diverse industries within the transportation sector.

In the Quality of Life/Community Development category, the Michigan DOT won in the large group competition for its project to construct a new Grand River crossing along M-231 that improved connectivity, mobility and safety between the communities of Crockery and Robinson in Ottawa County. In Illinois, a second bridge built above railroad tracks in Galesburg to increase travel safety and reduce noise throughout the city took top honors in the medium project group. And a project by the Ohio DOT to connect Cleveland’s lower west side communities to West Shoreway and Edgewater Park by building a railroad bridge and extending West 73rd Street to add a multimodal path won in the small project group.

In the Best Use of Innovation category, Wisconsin DOT won in the medium project group for its I-794 Hoan Bridge and Lake Freeway reconstruction and repainting project in Milwaukee. Missouri DOT’s Battlefield and Route 65 Diverging Diamond Interchange project in Springfield, won in the small project group.

In the Under Budget category, the Michigan DOT reconstruction and widening project on I-75 from Dixie Highway to Hess Road in Saginaw County, won in the medium project group.

Winners in the Southern Association of State Highway and Transportation Officials will be announced at SASHTO’s annual meeting in September.

AASHTO will announce the winners of both national awards on November 14 during its annual meeting in Boston. Each national award winner also will receive a $10,000 cash prize for donation to a charity or scholarship program.