For land surveyors and other mapping and measurement professionals, photo capture of 3D environments can seem like yet another sudden and threatening arrival of a disruptive technology—GNSS, robotic total stations, RTK, laser scanning and UAS all come to mind. On one hand, use of just a “pretty good” digital camera, plus software, to create accurate 3D models of complex environments seems to threaten existing investment in laser-scanning equipment—we’re talking about a thousandfold reduction in equipment costs, after all. On the other hand, this new solution seems to take complex reality capture away from trained professionals and put it into the hands of just about anyone who can work a camera—and that’s a lot of people. Surveyors, in particular, are probably flashing back to the arrival of handheld GPS receivers, when potential clients were using them to tell surveyors they didn’t need a survey because they’d already “located” property corners on their own. That was irritating.

But that isn’t how David Huie, product marketing manager at Bentley Systems, sees it. “I see Bentley’s solutions advancing reality modeling in three dimensions, thanks to the reduced cost and time of reality capture. Photo capture is a complement, not a replacement, to a wide range of sensor data, including laser scanning. It’s like other measurement technologies; GPS and robotic total stations, after all, didn’t make conventional total stations go away. There’s still plenty of work being done that way.

“The market for capturing reality data might now be significantly increased with these technologies that allow surveyors to more quickly and easily capture and process survey data,” he adds, “and possibly deliver more-frequent surveys to clients, cost effectively.” 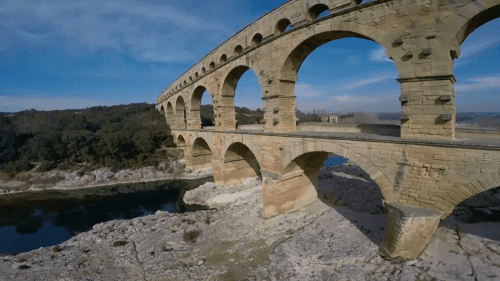 He’s right; the surveying profession has absorbed any number of new technologies in the last couple of decades and is doing more work than ever. But is photo capture mature enough to take its place with photogrammetry, laser scanning and GNSS?

Bentley Systems’ entrant into photo capture is ContextCapture, its solution for processing digital photos into 3D models. Keep in mind, photo capture (i.e., “automated photogrammetry”) is curiously non-dependent on physical equipment—it’s not about specialized cameras, it’s about the capacities (and ease of use) of the processing solution. And the big change in photo capture is that ContextCapture, and competitors, have arrived; they’re no longer in beta. Processing multiple photos into accurate, complex 3D models now is practical, even easy, on desktops. Such maturity makes photo capture a plausible tool right now, even for professionals doing reality capture daily with higher-end tools.

But Frederique is quick to point out that specialized skills still are required for truly useful work. “Just working with images, ContextCapture can create geometrically accurate models, but without scale or geolocation. For that, good reference points are needed.”

In other words, for truly useful models, precisely located control points are needed, along with a knowledge of state plane coordinates—surveyors still have a role. And, of course, assessing the quality of models will remain a specialized art.

“The only real way to know how well a complex environment has been modeled is to set known points and check them,” notes Frederique. “And, as in laser scanning, edges and other fine features continue to be a challenge, so it will take experts to certify a model.”

In some ways, working with the millions of points generated by laser scanning was the biggest challenge of that new technology, and scanning really took off as processing and modeling solutions became more robust and easier to use. When working with photo capture data, there are similar scale issues—pixels are roughly equivalent to points, and there are millions of pixels in a good set of photo data—but Huie says this new form of environment data can be easier to work with than point clouds.

“First of all, the data produced by ContextCapture should work within most design environments, and we’ve updated most of our V8i products and all of our CONNECT Edition model applications to bring it in smoothly,” he says. “There are two options. Companies can certainly produce dense point clouds from ContextCapture models, and those point clouds work in current design solutions with no problems. But ContextCapture can also produce what we call ‘reality meshes.’ They’re a better choice in most situations—they’re easily generated, and because they’re much smaller and lighter files, they are faster to process and work within design environments and even in Web browsers. Moreover, they are easier to understand visually, by anyone, including inexperienced users.”

“Big point clouds are not so easy to work with, even for specialists,” adds Frederique. “The beauty of the reality mesh is that it is as easy to understand as a photo, much more understandable than a non-colorized point cloud. Bentley is in the lead here, and I think we have the opportunity to really change practices. There will be cases where non-CAD folks, and groups with limited budgets, will be able to work effectively with accurate 3D models. And, ultimately, wider adoption is what leads to breakthroughs—we’ve seen what happened with laser scanning over the last several years.”

Huie sums up the potential contributions of photo capture with a simple, three-point breakdown.

1. The number of projects will increase: “This is reality modeling for everyone; photo capture is faster and easier to do than most methods, and the human labor required to produce them is so minimal that we expect a lot more projects will be completed. This is revolutionary in itself—as more projects are completed, more details about the world will be gathered over time. That should have major impacts on infrastructure design.”

2. Projects will be done more frequently: “It’s obvious that photo capture reduces the time and cost of 3D data acquisition, and that opens the door to higher frequency of observation. So instead of as-built surveys at the conclusion of a project, there’s no reason not to complete multiple as-builts before and during projects of any size. This will open up many possibilities for measuring quantities, monitoring structures, and generally giving owners and contractors more current information on how change happens on infrastructure projects.”

3. A bigger field of view: “We’ve already seen this in laser scanning; often, the ‘extra’ information gathered during a scanning project turns out to be extremely valuable. But since it’s far easier and faster to gather information with cameras, there’s no reason not to greatly expand the ‘field of view’ of a reality-capture project,” says Huie. “Photo capture has the potential to greatly expand the amount of context considered when designing, constructing and operating assets.”

Angus W. Stocking, L.S., is a licensed land surveyor who has been writing about infrastructure since 2002.