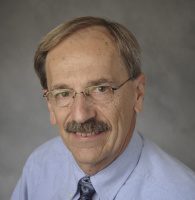 With 45 years in civil engineering behind me, I have the experience (or at least the tenure) to look back and reflect—as long as my memory doesn’t fail me. But I want to start by looking back even further than I can remember.

My wife and I have had the opportunity to travel to other parts of the world, many of them with much older civilizations than here in the United States. Some years back, we were in Bruges, Belgium, staying in a hotel located on one of the canals through the city. When I opened the window and stuck my head out, I could see a bridge crossing the canal about half a block away.

Being a somewhat curious civil engineer, I decided to do a little field investigation to inspect it more closely. Since my wife has been married to me for those same 45 years, she understood my interest and didn’t try to stop me. It turns out that the bridge was constructed in the 1300s—more than 600 years ago! It is still carrying traffic.

More recently, we were able to visit Chichen Itza in the Yucatan Peninsula of Mexico. There are some amazing structures built between 600-1200 AD that still are standing. This is remarkable because they were constructed of very large pieces of stone, and, as of today, archaeologists are fairly certain the Mayans didn’t use the wheel.

But below the stone structures is a civil engineering project. The water supply for the settlement—sinkholes or cenotes—is located more than a half mile away from the structures. Because this is a dry tropical forested region, water was precious. The Mayans built an underground water system to provide water with minimal loss due to evaporation. It is still in place.

I’m sure you have seen or at least read about similar sites that are significant examples of civil engineering. The ancient pyramids in Egypt come to mind. And a common characteristic of many of these projects is that materials were not complicated. Large stones, natural mortars and a reliance on gravity keep these projects standing and still in use.

So what types of projects are civil engineers designing and building today that people 500 or 1,000 years from now will look at and marvel? One such project is the reversal of the flow of the Chicago River. You can read about it on the American Public Works Association website (http://www2.apwa.net/about/awards/toptencentury/chica.htm).

The river previously flowed into Lake Michigan, taking with it industrial and residential waste. To preserve the water quality of the lake (Chicago’s drinking-water supply), several canals were constructed to reverse the river’s flow. The construction took place from 1892-1922, about 100 years ago. Unless there’s some natural catastrophe, I’m fairly certain that hundreds of years from now, inquisitive minds (or history buffs) will be able to see this civil engineering project and reflect on the foresight and effort it took to provide a clean water solution for Chicago.

There also are some extremely old bridges in the United States; the oldest is the Frankfort Avenue Bridge in Philadelphia. It was erected in 1697, making it just about ready to celebrate its 320th birthday. It’s a stone arch made of the heavy, durable materials that ancient civilizations used. William Penn rode across this bridge just as you can today. I suspect the bridge will continue to serve for a long time to come.

I spent much of my career designing bridges. A few months ago, my son, also a civil engineer, sent me a set of bridge plans I had signed as a professional engineer. The department of highways is planning to replace that bridge due to capacity issues—it didn’t even last through my work life. If only we had made it a little wider, planning better for what was then the future, it may have remained long enough for me to retire.

Although I doubt I’ll have the opportunity to work on a project that will be around hundreds of years from now, I wonder if any of you are working on civil engineering projects that will last well into the future. Wouldn’t it be great if, a thousand years from now, someone could say “My direct ancestor built this project,” and they’d be talking about you. 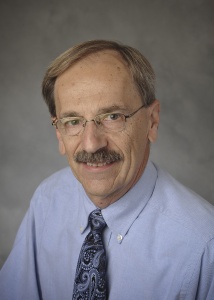 Rob Schickel has 40 years of experience in planning, design, plan preparation, and construction management of civil and transportation projects. He currently works for DB Sterlin Consultants as a consultant to Peoples Gas; e-mail: rschickel@dbsterlin.com.