Code Update: New Los Angeles Seismic Ordinance Will Save Lives … and a City 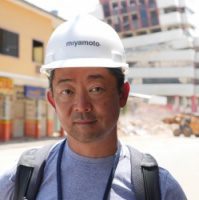 As a structural engineer working with governments and communities worldwide as they struggle to face earthquake disasters, I’ve repeatedly seen tragedies unfold after catastrophic earthquakes. Most often, these cities were not ready.

From the loss of historic buildings to modern multi-story hotels pancaked onto the soft first story and non-ductile concrete schools that collapsed like decks of cards on innocent children, these are horrible things to witness when you know—as engineers do—that better engineering and construction would have saved lives and cities.

Los Angeles recently enacted one of the most-progressive seismic ordinances in the United States to avoid a fate similar to the disaster scenes I’ve witnessed in places such as Sichuan, China (2008); Port-au-Prince, Haiti (2010); Christchurch, New Zealand (2011); Tohoku, Japan (2011); and Nepal (2015). Combined, these earthquakes killed more than half a million people and destroyed the livelihoods of countless others.

As engineers, we all know that much of this destruction and loss of lives can be mitigated. We know how to build high-performance structures and how to retrofit the most-dangerous types of buildings out there. One of the most-relevant lessons from Nepal to countries such as the United States is the crippling damage that occurred to the newer high-rises in Nepal’s modern capital city, Kathmandu. Even when international-standard building codes are adhered to, a large gap exists between what standard building code provides and what society expects.

For example, angry luxury condo owners in Kathmandu learned that the buildings they invested hundreds of thousands dollars into met standards, but after the quake they were too badly damaged to occupy. The reality, we explained, is that code provides life-safety performance, but doesn’t always guarantee the property will be operational or even repairable after a large earthquake. They were stunned. Even well-detailed and designed concrete moment frames can’t provide continuous occupation unless they’re designed for higher performance than what minimum code provisions require.

Los Angeles citizens understand that the seismic faults that snake under their city are capable of releasing a “big one.” Other cities that have passed similar laws include San Francisco, Berkeley and other Bay Area cities.

Under the new law in Los Angeles, owners will have seven years to fix soft-story buildings and 25 years to repair non-ductile concrete buildings. But one of the most-important aspects of this ordinance is to utilize tax incentives to finance the retrofit. Seismic upgrades must be commercially feasible to be successful. Attempts to only use code and the law to enforce people to strengthen buildings often end up as failures.

While California cities lead the way to address dangerous buildings, cities in high seismic regions, including some eastern U.S. cities, should be equally concerned about their building stock and the people who live and work in them. We’re currently in a very active seismic era, and our cities are overdue for the next big one.

As Los Angeles Mayor Eric Garcetti said, “I’m not interested in making history or having the toughest laws. I’m interested in preserving our city’s ability to survive and thrive after an earthquake.”

What people in earthquake-prone cities should know is that engineers have ways to effectively and creatively upgrade their investments. We can help them prepare for the next major earthquake in commercially feasible ways. It will protect their investment and business and eventually save many lives. L.A. has done the right thing; other cities should follow.