/ Column / Executive Corner: Is the End Near for Traditional Management/Ownership Structures?

Executive Corner: Is the End Near for Traditional Management/Ownership Structures? 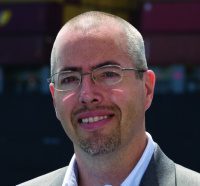 There’s no doubt about it; attitudes regarding ownership, particularly among younger generations, are changing. Why own a car when, with the touch of your iPhone, you can summon an Uber or Lyft driver to take you where you want to go? Why own a house or condo, when you can rent?

As these generations progress in their professional careers, I wonder what impact this cultural shift will have on the ownership and capitalization structures of architecture, engineering and environmental-consulting firms.

Employee owners have traditionally been the primary source of capital for firms in the industry. More specifically, senior managers and firm leaders have provided the lion’s share of equity capital, with a typical ratio of owners to total staff during the last 10 years of approximately one to 10.

Use of debt capital in the industry generally has been light for a variety of reasons. To begin with, A/E firms are limited in terms of collateral to borrow against (accounts receivable typically being the largest single asset on a firm’s balance sheet). Furthermore, owners of smaller, younger firms often are required to personally guarantee debt, and they’re loath to heavily leverage their companies as a result. Finally, the project-based nature of the industry makes revenue and earnings streams more volatile, and high fixed-debt obligations together with volatile earnings streams are not a good recipe. As a result, the typical ratio of market debt to market value of equity has been between one to four and one to six, according to our latest survey.

Using some general industry parameters derived from our latest surveys, let’s try to put this in terms of real dollars. Suppose a hypothetical 100-person A/E firm has an equity value of $6.5 million (the total value of all outstanding stock). If there are 10 shareholders (a one to 10 ratio), the average equity investment per shareholder would be $650,000. However, as indicated in the chart below from our latest survey on ownership transition, the top three shareholders, on average, hold 70 percent of the stock, so each of the three largest shareholders in this “typical” A/E firm likely would have an investment of $1.5 million.

If you subscribe to the notion that a fundamental change in attitudes regarding ownership is afoot, then it stands to reason that traditional ownership models must adapt accordingly. One change we’re already witnessing is in the ratio of owners to staff. Our latest survey shows the number of owners to staff increasing in recent years, and the most-recent ratio is one owner for every eight employees. Increasing the number of shareholders, all other things being equal, reduces the required equity investment of each individual owner. We believe this trend is likely to continue.

In the same vein, another trend is toward increased utilization of employee stock ownership plans (ESOPs) as well as an increase in the ownership stakes held by such plans. According to the National Center for Employee Ownership (NCEO), although the number of overall plans in the United States is down slightly (according to IRS form 5500 filings), this reflects a crackdown on fraudulent S-corporation ESOP shell companies, and the actual number of individual employees participating in ESOP plans has been increasing steadily during the same period.

Anecdotally, we’ve observed ESOP ownership stakes on the rise, as plans are used to manage the peaking stock-redemption liabilities associated with Baby-Boomer owners. At its most extreme, this includes moving to 100 percent ESOP ownership, usually followed by a subchapter S election, thereby taking full advantage of ESOP tax benefits. If there’s an ownership and capital structure that best reflects the so-called “sharing economy,” this would be it.

The bottom line: whether necessitated to accomplish ownership transition or a deliberate and strategic effort, we expect ownership and capitalization of A/E firms to trend toward more broad-based/widely distributed structures. 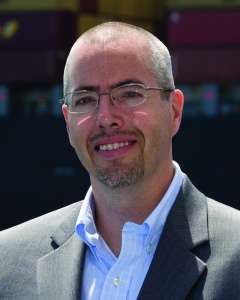