If you didn’t make it to the 2016 NASCC conference this year, you missed a lot of excellent engineering sessions. One of the more-interesting sessions (at least for me) was titled “Delegated Connection Design: What Are the EORs Responsibilities?”

As I understand it, there are differences in the way steel-framing connections are handled along East and West Coasts. West Coast engineers typically designate exactly how they expect even the simplest of connections to be detailed. Although there may only be a few different ways to detail those connections, all West Coast fabricators are familiar with and can fabricate each type.

East Coast fabricators have equipment and/or staff that lend themselves to being more efficient with one type of connection over another (i.e., bolted clip angles, welded clip angles, shear tabs, etc.). To keep efficiency and cost in check and be “fair” to those bidding projects, the industry migrated to the concept of a delegated engineer to do connection designs. This way, each fabricator could bid a project knowing they could tailor the fabrication of the simple shear connections to what works best for their shop.

The connection design engineer typically is hired by the fabricator and is familiar with that fabricator’s standards. They take design information provided on the structural contract drawings, design connections to satisfy those loads and submit calculations for the Engineer of Record (EOR) to review. Lately, however, I’ve seen some disturbing trends in this “designated connection design” process on two fronts, neither of which is good, but one borders on really poor engineering.

We have a rather close relationship with a local fabricator, and they asked us to be their “designated connection design engineer” on a couple of recent projects. The first few projects were rather simple medical office buildings, and the design loads generally were shown on the drawings. If the reactions weren’t on the drawings, they were specified in the General Notes in the form of the ½ UDL criteria, which brings us to disturbing trend No. 1.

Specifying beam reactions in the General Notes is lazy, particularly with decent interoperability among analysis programs and BIM. Such blanket requirements rarely capture all the conditions on a project. There may be situations with point loads very close to the supporting member, and the ½ UDL generic connection requirements result in unconservative connections. In other situations, a short member may have been upsized for detailing purposes. Based on the ½ UDL requirements, the resulting connection ends up being grossly conservative and difficult to detail.

Generally, such problems are easy to spot and quickly resolved (assuming the connection engineer has his brain in gear). At the end of the day, however, one of engineers’ jobs is to help make buildings efficient and economical—a blanket note on drawings can’t do that. Figure out how to get your design information onto your drawings with BIM so the connection engineer can effectively do his or her job for the fabricator. It becomes a win-win for everyone, but especially your owner.

Fast forward to our latest project, a rather large covered arena. Both ends of the building are enclosed with multi-story amenity areas. Much of the roof framing is bar joists, but there are some large custom structural steel trusses clear-spanning across the arena floor. These trusses also are part of the building’s lateral stability. The roof framing was complicated, with many sloping roof areas and messy framing.

The sequencing for the steel erection allowed us to start on a relatively easy part of the structure where many of the design loads were indicated. If we had questions about the framing or connection loads, the engineer was responsive and willing to answer questions.

However, as we moved into the arena section, the “real” information on the drawings started to disintegrate, and the questions got a lot more difficult. Although the plans had seemed adequate to this point, the real 3D information was seriously lacking. Many connections appeared to have multiple workpoints. Top-of-steel elevations weren’t provided. Dimensions were missing, and complete design loads were hit or miss.

Many of the messy connections required significant eccentricities on some of the framing elements to get all the members connected. In several cases, the supporting members had to be resized. The EOR continued answering questions for a while longer, but ultimately resorted to the “isn’t that your job?” response when questions got truly difficult. In frustration, the fabricator instructed us to do what we needed to make the connections work, including increasing member sizes. The schedule was in jeopardy.

This finally brings us to disturbing trend No. 2. This wasn’t delegated connection design engineering anymore; this was delegated engineering. I’m not sure whether the EOR thought they were shedding liability or they ran out of fee or they didn’t want anyone to know they hadn’t thought the entire load-transfer process through completely. Any way you slice it, they are the EOR and ultimately responsible for the building’s performance.

The designated connection design engineer serves a good purpose, at least on the East Coast, but they’re not responsible for figuring out the engineering. The EOR should provide all the information needed to finish the connections and should have looked deep enough to know approximately how things will fit together and be preemptive with their design. Don’t be that EOR; perform complete engineering upfront, and pass along good information. 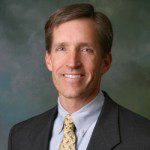