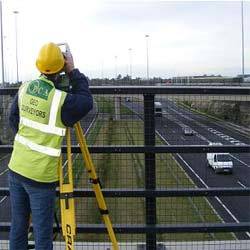 With the federal government wrapping up nearly six months of consultations on its long-term infrastructure plan, the Federation of Canadian Municipalities (FCM) says Canada needs a twenty year plan with predictable funding to fix its crumbling infrastructure.

That’s the message delivered by the Federation today as it released its recommendations on the Government of Canada’s long term infrastructure plan.

“A long-term federal funding commitment that reflects the life-cycles of the infrastructure it is meant to fix is needed to allow municipalities to invest wisely and strategically in priority areas over decades, not just years,” said FCM president, Councillor Karen Leibovici. “It also means breaking away from budgets built on application forms and providing a predictable funding envelope for all municipalities.”

“We can’t count on the old infrastructure lottery to build strong cities and a competitive economy,” said Big City Mayors’ Caucus chair, Mayor Gregor Robertson.  “You don’t plan repairs to the roof of your house on the odds of winning the 6-49, and you can’t set a city’s infrastructure priorities on the odds of being successful with application-based programs”.

The Federation says the inefficiencies and uncertainty resulting from application-based programs is even more acute for smaller and rural communities that do not have the staff resources of larger municipalities.

“Thanks to this government’s commitments, we’ve got a chance to put our infrastructure on solid ground for decades to come,” said the chair of FCM’s Rural Caucus, Councillor David Marit. “We’re confident the plan will make the secure investments rural communities need to rebuild the aging roads, bridges, and water systems that are the backbone of our economy and quality of life.”

The FCM proposals also calls for an increase in annual federal investments dedicated to municipal infrastructure  from $3.25 billion to $5.75 billion to bring it in line, as a percentage of GDP, with historical levels from the 1950s to the mid-1970s that allowed proper infrastructure maintenance and growth.

FCM is proposing maintaining the existing permanent gas tax transfer, but with a cost-of-living indexation to protect its buying power. It is also proposing a new federal program designed to efficiently leverage matching investments from municipalities and provinces with a minimum of red tape and bureaucratic costs.

“Since it was first elected in 2006, the current government has been leading change in how the federal government funds infrastructure in this country by taking a number of important and bold steps,”  said Leibovici.  “As we wait for the government’s plan, we’re confident that it will continue on the path of bold innovation. Just as we are confident that it too recognizes that this is an opportunity that we cannot afford to miss”.