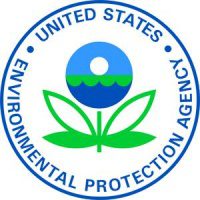 WASHINGTON – In a report released today on corrosion inside diesel fuel underground storage tanks (USTs), the U.S. Environmental Protection Agency (EPA) found moderate or severe corrosion that could affect metal components inside both steel and fiberglass underground tank systems. Corrosion inside USTs can cause equipment failure by preventing proper operation of release detection and prevention equipment.  If left unchecked, corrosion could cause UST system failures and releases, which could lead to groundwater contamination.

Underground tank releases have historically been a leading cause of groundwater contamination. Groundwater is a source of drinking water for almost half of the people in the U.S.

EPA’s report shows that 35 of 42 – or 83 percent – of the USTs studied exhibited moderate or severe corrosion, but less than 25 percent of owners were aware of corrosion prior to the internal inspection.

Although EPA cannot project the actual percentage of USTs storing diesel that are affected by corrosion nationwide, the Agency is alerting owners of USTs storing diesel fuel about risks from corrosion.  EPA’s notification recommends owners check inside their tank systems and further investigate the condition of their diesel fuel tanks. Owners’ awareness and early actions could help protect them from higher repair costs and help protect the environment from contamination from releases. EPA’s UST website (https://www.epa.gov/ust) provides information on actions tank owners can take to minimize corrosion and associated risks.

As part of EPA’s ongoing collaboration with the UST community, the Agency responded to concerns about reports of severe corrosion in USTs storing diesel fuel by working with industry and scientific experts to develop this research. The results are leading to a fuller understanding of the issue and possible causes, as well as laying the groundwork for future research efforts for identifying a solution.

Scientific evidence has not identified a specific cause of corrosion in diesel tanks, although microbiologically-influenced corrosion is suspected to be involved.  EPA is continuing to work collaboratively with partners in the UST community, industry, and scientific experts on additional laboratory research about the cause of corrosion.