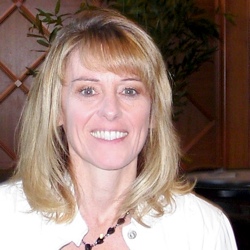 Autodesk has been hard at work to add more cross-product integration to their portfolio to make it easier to incorporate model-based design throughout various workflows. The aim is to make it easy to transition that design work, and their Infrastructure Modeler product fits neatly as a means to visualize larger geographies. Informed Infrastructure editor Matt Ball spoke with Karen Weiss, Sr. Industry Marketing Manager for Infrastructure at Autodesk about this tool and the broader vision.

I2: Is the intent for Infrastructure Modeler to be a piece between other software workflows at Autodesk, as an integration piece?

Weiss: It has become that already for several of our customers. In parts of the world, specifically European countries, we have customers who are looking for smarter and faster ways of doing business and have already made Infrastructure Modeler an integral part of their design process. Instead of spending so much time using Civil 3D or other CAD and drafting software to detail out things that don’t really need to be detailed at a 30% or even 60% stage, where you’re still trying to finalize scope and schedule. They’re using Infrastructure Modeler, and getting to that next stage much faster. To improve processes, we want to encourage customers to use the right tool at the right time. That’s probably the best way to think about it.

I2: It’s good to hear about it in that light, and it’s interesting to learn about the geographic differences in the markets. Does that have something to do with the the process in the different parts of the world? Is practice a little more integrated in Europe?

Weiss: It seems that the European customers that we have are dealing with different issues. They have long been looking for the solutions to problems that people in America are just now addressing. I’m sure you’ve heard about the new transportation bill, Moving Ahead for Progress in the 21st Century (MAP-21) and how some of the verbiage there deals with flexibility on how to use federal funds, encouraging more 3D visualization and innovative techniques. That really signals that it has gotten to the point where the federal government here realizes that it’s imperative for us to pursue faster and smarter ways of doing business or we won’t be able to overcome our infrastructure deficits.

In Europe, because they are more space constrained as a hole, they’ve been dealing with that for a longer time. It’s just now coming to a head here, where they realize that the technology is there, and we need to question why we continue to do things the same way that we have been. Civil engineers, and I am one so I’m speaking from personal experience, are very conservative. Nobody likes to change anything, because if it isn’t broke you don’t feel like you should be fixing it. What the federal government is doing is great because it’s pushing everything forward a little bit. It is taking a cue from the building sector, which has been looking at addressing efficiency and productivity for some time now.

I2: We’ve spoken a bit about those reticent to change, and how the framing of this transportation bill favors innovation. Does that give those that have embraced BIM in the transportation sector an advantage?

Weiss: I definitely think it does. What I find interesting is that customers that have been embracing the model first approach on the building side have really been the ones to push it forward on the infrastructure side. They are moving beyond just the creation of 3D models, to consider the intelligence; to create models that represent real things. That’s how the building industry has thought about it for years. Those that have really embraced it in transportation are starting to think that way as well.

I2: A lot of the example scenarios that I’ve seen on infrastructure modeler do take a transportation approach, where parameters and code drive design. Has that capability for rules-based design been the approach you’ve taken with other design disciplines, such as water and wastewater and energy infrastructure?

Weiss: You see that rules-based environment in all of our other products, so that’s our vision moving forward. It’s the whole idea of procedural engineering, where the software guides you rather than just telling you that it’s wrong. An example of that is something that we had on Autodesk Labs that recently graduated called Project Silverstar for road alignment optimizations. We believe the cloud will do something no desktop computer can do when it comes to modeling, so I think it is important to note that we’re not only looking at rules-based environments for the desktop.

I can’t talk about future product features specifically, but the model-first environment has advantages for all infrastructure industries, and will become increasingly front and center as we start to introduce new functionality into Infrastructure Modeler. That’s the beauty of Infrastructure Modeler; it’s not CAD-based at all. It opens the door to allow us to do new things that weren’t possible before. You’re able to represent something real, and not just a line that happens to be on a certain layer.

I2: The idea of representing something real provides a nice segue to talk about 3D data capture, including mobile LiDAR that has been broadly adopted in the transportation sector. Dealing with that volume of data is difficult, and perhaps that high precision isn’t needed for everything that has been captured. Is there a focus on incorporating that data into this visualization environment?

Weiss: Absolutely, and that’s one thing that Autodesk is very focused on However someone captures reality, whether that be LiDAR, photos or drones, we look at any one market segment and determine how we would use it. Again, being able to use that same information and in whatever product is suitable to doing whatever job that you’re tackling at that time. It makes it much easier to create those 3D environments, if you can incorporate the inputs and turn it into something real rather than just some X,Y,Z points.

I2: I know you have a number of engines to deal with the high precision of LiDAR, but there are still some limitations on the data storage side, and computer processing side.

Weiss: Those are things that are high priorities to work on right now, but I’ll have to leave it at that. It’s important, because it also is related to the interoperability of our products. In the way we’re able to bring structures from Revit into Infrastructure Modeler, we also want to bring this data capture into any one of our products. Because Infrastructure Modeler has the container that is very well suited to this, it’s a pretty big focus.

I2: You spoke to the built-in intelligence that guides you rather than corrects you, and simulation would seem to fall into that. I know on the building side, there are Autodesk products to help guide the most energy efficient structure. Are there similar simulations happening in the infrastructure space?

Weiss: The way that information is modeled in Infrastructure Modeler opens the door to be able to do more of this. Much in the way you control your thermostat through a mobile device, you should be able to do the same thing with respect to different parts of your infrastructure if they are real objects in a model that are controlled via a computer. It’s like turning lights on in a building, being able to tell what areas need the heat turned on and it happens automatically. Those are all things that are happening via the cloud now, and that is definitely possible for infrastructure operations as well, and as an industry we’re getting there.

I2: It all ties into the whole Smart Cities initiatives that are happening with integrated intelligent infrastructure. New Songdo in South Korea has an example that really sticks in my mind, because they have a roadway with LED’s rather than lane paint and they remotely control lane configurations based on traffic.

Weiss: There are a lot of interesting examples like that, such as paying a different rate when you’re driving in certain lanes. If you go into an HOV lane, there’s a sensor that registers you, and you pay a certain toll. There are a lot of interesting things like that happening, with the technology backbone behind it more cumbersome now than it will be in the future.

I live in Wisconsin, and worked for the DOT here for years, and they’ve been getting a lot of questions about BIM. Their first step was to create 3D models for machine control, but it’s not just about that model for machine control, they’re trying to build something that they can use to manage their assets. They are trying to set themselves up for something long term now. If all they were going to get was 3D surface models for grading, ten years from now they would have nothing to build on. They understand that they may not use the model completely today, but they are setting themselves up to exploit it more in the future. I find that attitude so refreshing.

I2: We hear a lot about this 3D data capture, particularly from airborne, as just providing a derivative product that you often shelf or discard the data that you collected. Embracing the continual improvement of 3D models is definitely a step forward.

Weiss: I can remember when they first got GIS at the DOT. People were sure that it would never stick. The attitude was that it would be gone quickly, but of course it stuck.

I2: It’s good to have that perspective as it just highlights what’s possible.

Weiss: It also helps knowing about all the technologies that are out there now. So many things we take for granted today would have been unthinkable ten years ago. I know now that the possibilities are endless, and there are brilliant minds out there that can do most anything.

With the R2 release of Autodesk Infrastructure Modeler, both an iPad application and a Web viewer can be used to share models with stakeholders. With these, the general public now has access to infrastructure models and this democratizes the model. The whole importance of cloud, social and mobile is even reaching into infrastructure. It’s really amazing, and people’s expectations are heightened. They don’t want to see just a bunch of lines, they want to see a model and they want to know what it is.

I2: An ongoing issue in that workflow from a customer side is finding and pulling together the data to create that model.

Weiss: We understand that, because our customers do come to us with questions about where to get data. It’s absolutely something that we are looking at, and it has a high priority as well. There is so much data out there that it’s almost unbelievable. Where is the data and what’s the best data. With something like Google, that’s out there for everyone, expectations are high and I think that’s where we’d like to get to eventually. The information should all be out there for people to be able to access.

I2: We talked a bit about data collection, but we haven’t yet touched on sensors and the instrumentation of infrastructure. Is Infrastructure Modeler perhaps a repository for that real-time information?

Weiss: I think it definitely has that potential, it’s not today. I think there is definitely some R&D on real-time inputs, but it’s along the lines of optimizing people’s decision on infrastructure design and changes. A lot of that happens in real time.