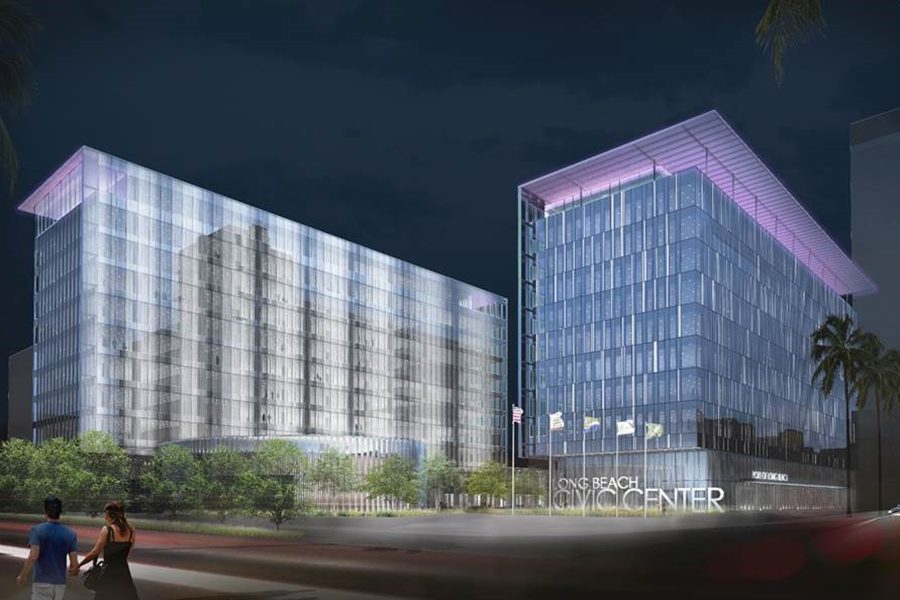 The City of Long Beach recently broke ground for a $533 million Civic Center to be built in a public-private partnership. The milestone marks the beginning of a development that will bring tremendous economic benefits to the Southern California community, as well as help reinvigorate one of the City’s most prominent public spaces.

The fourth civic center in the city’s history is expected to be completed in three years and will include a new city hall, port headquarters, and main library, along with a revitalised Lincoln Park and new residential, hotel, and retail development. The new government hub will combine private mixed-use real-estate development with public infrastructure to help revitalise the downtown area and capitalise on its waterfront proximity.

“The new Civic Center will strengthen the connection between city hall and the community, help revitalise the downtown core, and generate thousands of jobs.”

As the City’s lead advisor on the project since 2013, Arup has provided comprehensive services integrating financial, commercial, real estate, engineering, and cost consulting while assisting the City with the public-private partnership (P3) procurement through the current detailed design and construction phase. The firm was able to reduce the planning, entitlement, and procurement process to two years, down from the traditional three-to-five-year period, resulting in considerable savings for all stakeholders.

“Arup is excited to be the City’s lead consultant on this project, which uses a P3 structure to design, build, finance, operate, and maintain the Civic Center. This project provides a model for other cities to combine infrastructure and real estate P3 principles to create significant economic development for the community.”

The new project, which will be LEED Gold certified as well as meet resiliency performance standards equivalent to REDi Gold (a new industry standard developed by Arup and others), comprises a 270,000ft2 city hall, a 237,000ft2port headquarters, a 92,000ft2 main library, underground parking for 469 vehicles, a 73,000ft2 civic plaza, and a revitalized 4.9-acre Lincoln Park.

The Long Beach Civic Center is scheduled for completion in 2019.