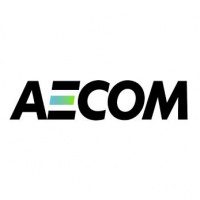 “We look forward to continuing our 14-year relationship with the Dallas Independent School District and partnering with the District to provide students with quality learning environments,” said AECOM’s Fred Werner, group president, design and consulting services. “This win not only demonstrates our leading position in educational program management, but also our ability to provide a wide variety of services to leading metros making innovative investments across their cities’ infrastructure systems.”

“AECOM has been a valued member of our program management team since 2002,” said Dallas Independent School District Construction Services Executive Director Ed Levine. “They helped us successfully deliver projects under the last two bonds programs, and we believe they will do the same this time.”

Under this US$19.2 million, six-year contract (with two one-year extension options), AECOM’s responsibilities will include oversight and coordination of designers, consultants, contractors and vendors as well as program controls, estimating and scheduling services. AECOM is also responsible for tracking Minority and Women Owned Business Enterprise participation, and coordinating the District’s and the general contractor’s safety programs.

Serving roughly 160,000 students in pre-kindergarten through 12th grade, the Dallas Independent School District is the second-largest school district in Texas and the 14th largest in the United States. This is AECOM’s third consecutive contract with the District, having served as a program manager for the District’s 2002 and 2008 bond programs, and the bridge program that addressed the District’s needs between the 2008 and 2015 programs.