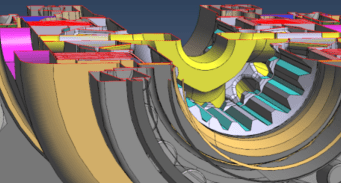 The key target of revising user experience with PDF3D ReportGen has been achieved by responding to community feedback making it far easier to use for both novice and power users.

Aimed at a range of engineering, manufacturing, geospatial and earth science industries, the PDF3D tools continue to evolve and lead the way in enterprise-strength solutions and reporting utilities.

“Our growing ReportGen user community contributes heavily to the direction we take when evolving and developing new updates. It forces us to continually take a fresh look at what the industry needs. As a result, our developers have made nearly 100 adjustments to improve the typical work-flows of our users, further reducing the learning-curve. The demand for rich interactive reports with responsive content in context with background information drives our efforts for new API features for developers and integrators,” explained PDF3D’s CEO, Ian Curington.

The new release is available immediately. Downloads can be requested by contacting PDF3D directly athttp://www.pdf3d.com

PDF3D (www.pdf3d.com) produce a suite of widely respected software products and plugins for engineers, scientists and developers who need to communicate complex data and 3D models to others in the universally accessible PDF format. PDF3D’s technology provides the fastest and easiest-to-use, highly compressed 3D PDF conversion available for an ever-increasing range of formats and tools. From 3D CAD to GIS, DWG and LIDAR, PDF3D works closely with users and programmers within the engineering, geospatial, geology, aerospace, architecture, medical and product packaging communities worldwide.