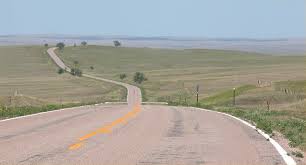 The Nebraska Department of Roads’ (NDOR) Director, Kyle Schneweis, released today the fiscal year 2017 Surface Transportation Program. This publication details how the Department plans to use the taxpayer’s highway user dollars to provide the best state highway system possible for all Nebraskans and the traveling public.

The 2017 State Highway System Program is published at $520 million and is funded from state and federal highway user taxes and fees.

Ninety-five projects will be let to contract on the State Highway System during fiscal year 2017 (July 1, 2016 through June 30, 2017). Some of the larger highway preservation projects include:

Asphalt resurfacing and bridge work at these locations:

New concrete pavement at these locations:

The Build Nebraska Act will be used to widen I-80 between 24th and 13th Streets in Omaha. The 2017-2022 Nebraska Surface Transportation Program is now available at http://roads.nebraska.gov/projects/publications/. A new interactive GIS map of the program book will be available on the NDOR webpage in mid-July.

Comments are disabled
NEXT ARTICLE
Laing O'Rourke Will Now Deliver a Third Major Work Package on the Ichthys LNG Project
July 12, 2016
PREVIOUS ARTICLE
Trio of Idaho I-15 Bridges Being Upgraded through the Fall with New Revenue
July 12, 2016