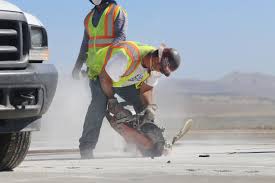 POCATELLO—Three bridges on Interstate 15 in southeast Idaho, between Blackfoot and Idaho Falls in Bingham County, will be repaired or upgraded in a series of projects underway now and concluding in late October. The work, funded by new revenue, includes concrete crack repair, patching or replacing crumbling sections of concrete above and below the structures, and some full concrete deck reconstruction.

The primary partners/stakeholders benefiting from the project are road users, commerce, industry and farmers that rely on the canals to transport water to their crops.

A crossover is being built at milepost 99.7 in order to separate fast-moving traffic from highway workers for the safety of both workers and vehicles. Once the crossover has been built, crews will replace the decks on the Springfield-Aberdeen and Peoples Canal bridges right next to each other at milepost 98.3, and place a silica-fume overlay to protect the deck surface from weather and water damage.  Work will also involve placing a new asphalt deck on the Danskin Canal bridge at milepost 94.6 and upgrading the substructure on the Riverside Canal bridge at milepost 95.8. Guardrail work and repair of substructure will take place on each bridge.

Click here for a map of the interchange location at Exit 98.

The crossover is expected to be complete by Friday (July 15), with one lane closed in each direction.

The southbound off-ramp at Interchange 98 will then be closed for three weeks, from July 18-August 9. All traffic is restricted to one lane, with a detour in place. Crossovers will be used during this stage of construction. There will be one-lane, two-way traffic maintained on I-15.  The traveling public can expect delays.

The northbound on-ramp will be closed from August 10-Sept. 1. A detour will be used, with all other traffic restricted to one lane. Crossovers will be used during this stage of construction. There will be one-lane, two-way traffic maintained on I-15.  The traveling public can expect delays.

Substructure work on the Peoples Canal, the Danskin Canal and the Riverside Canal bridges will take place from Sept. 1-Oct. 28.  This work will be done with a one-lane closure or shoulder closure depending on necessity.

Crews will typically work weekdays from 8 a.m. to 5 p.m. Aside from the traffic-control methods previously listed, crossovers and shoulder closures will be used, but not over or through any interchanges.

DL Beck, of Rexburg, is the contractor on this $1.5 million project.

Following the Idaho Legislature’s additional funding approval — the state’s first transportation-revenue increase in nearly two decades — the Idaho Transportation Board advanced a group of maintenance projects in late 2015. This opened the way to move forward dozens of other critically needed road and bridge projects statewide. The bridge-preservation work in Bingham County is one of the projects advanced through the initiative.

Click here for the status of the statewide projects funded by new revenue.