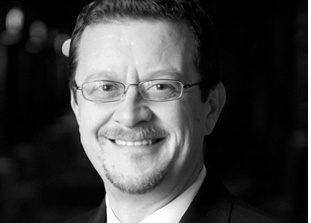 Charles J. Carter, SE, PE, PhD, has been named the new president of the American Institute of Steel Construction. Previously, Carter was Vice President and Chief Structural Engineer for AISC.

“AISC is one of the premier standard setting organizations in the U.S. and I’m proud and honored to be offered this opportunity,” Carter said. AISC, which was founded in 1921, writes the standards to which all steel buildings in the U.S. are designed and constructed. Its mission is to promote the use of structural steel in buildings and bridges. AISC’s membership includes more than 900 of the major domestic steel fabrication firms, all of the significant U.S.-based structural steel producers, the dozen leading U.S. steel service centers, around 2,500 general contractors, more than 10,000 engineering students and professors, and more than 27,000 professional engineers.

“I’ve been fortunate to have a number of very strong mentors,” said Carter, “particularly Jerry Haaijer, who was AISC’s Vice President of Engineering & Research when I started, and my friend Lou Geschwindner, who was my immediate predecessor as vice president as well as my professor and faculty advisor when I was a student at Penn State. So many of AISC’s fine and dedicated volunteers also have helped and guided me.”

While at AISC, Carter has spearheaded a number of important initiatives, including the revitalization of the AISC Code of Standard Practice, the development of a unified Steel Manual combining both ASD and LRFD, the development of AISC’s first Seismic Design Manual, and the expansion of AISC continuing education programs into the online realm. He’s also a well-known speaker and the author of numerous papers as well as AISC Design Guides on Torsional Analysis of Structural Steel Members and on Wide-Flange Column Stiffening at Moment Connections. “I’m grateful to have worked closely with and learned from some of the top fabricators, structural engineers, researchers and educators throughout the country,” Carter added.

“AISC stands in such a good position thanks to its recent leaders, and especially my immediate predecessors Roger Ferch and Lou Gurthet. We need to continue to develop, promote and advance the use of structural steel, and help educate professionals and students. Our challenge for the future is to enhance the benefits we provide to the customers of the steel industry and tune our market development efforts to successfully communicate the advantages of structural steel to designers, constructors and owners,” Carter explained.

Carter succeeds Roger E. Ferch, PE, who is retiring this December. Ferch, who previously was vice president of Herrick Corporation (the largest structural steel fabricator on the west coast), has served as president since 2006. “I’m proud of the role I’ve played in bringing together the entire structural steel industry to communicate our technical and marketing message of economy, efficiency, and beauty when you construct with structural steel,” Ferch said. “AISC has the best staff of any trade association in the industry and I’m happy that our board has recognized our staff’s quality by promoting our next president from within for the first time in our nearly 100-year history. I think Charlie will do an outstanding job of leading AISC and the structural steel industry.”