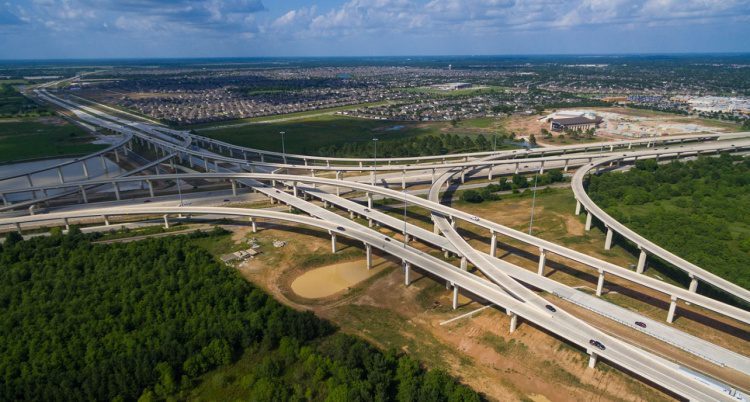 The Grand Parkway, which is expected to be fully completed in future years, is a 184-mile highway forming an outer loop around the Houston metropolitan area. Spanning seven counties, the goal of this forward-looking Texas Department of Transportation (TxDOT) project is to improve connectivity within the existing road network, reduce transportation congestion, enhance mobility and travel options, and support demographic and economic growth in one of the fastest growing metropolitan areas in America.

This 38-mile section of the Parkway, which opened to traffic in early 2016, is comprised of four-lane, controlled access toll roads with intermittent frontage roads from US 290 to IH69/US59. The P3 design-build contract unified the flow of work from conception to completion for faster delivery, lower costs and better design.

A key success factor was the effective and organized utilization of design, acquisition, bond finance, construction, toll integration and commercial professionals from the public and private sectors to achieve this landmark transportation initiative.

“In 2013, the $2.9-billion bond financing for the Grand Parkway system was the biggest municipal bond sale of the year,” said CH2M Project Manager Ilona Hogan. “Less than 1,000 days later we celebrated a successful grand opening built upon the framework of a co-located team that included the public owner, a private development joint venture and a private general engineering consultant.”

Congratulations to the TxDOT/Grand Parkway Transportation Corporation, Zachry-Odebrecht Parkway Builders, Sperry Capital and the CH2M team for bringing this landmark transportation vision to life. The Grand Parkway Project, along with the other 2016 National Public-Private Partnership award winners, was honored at a reception in Chicago on June 28, as part of NCPPP’s annual conference.