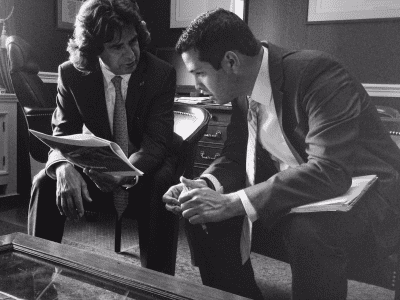 Of the nation’s approximately 600,000 publicly owned vehicular bridges, approximately one quarter are either structurally deficient or functionally obsolete. ABC focuses primarily on bridge replacements that solve the urgent need to replace substandard structures while maintaining the flows of traffic. The mission is to reduce the societal costs of bridge construction by reducing the duration of work zones; focusing special attention on preservation, service life, construction costs, education of the profession; and developing a next-generation workforce fully equipped with ABC knowledge.

Following his presentation at the U.S. Dept. of Transportation, Azizinamini headed to Capitol Hill to meet with Congressional offices, including those of Debbie Wasserman-Schultz, Mario Diaz-Balart, Carlos Curbelo and Ileana Ros-Lehtinen.