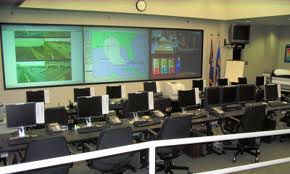 “This new system puts real-time, complete information at the hands of our emergency managers,” says Jason Cameron, business continuity & recovery planner, CEMA. “It allows them to make rapid and better decisions supporting all stages of an emergency, from planning to mitigation, response and recovery. It’s a powerful system that makes large volumes of our corporate and partner data readily available in a common Web format, so we can take cohesive action during emergencies.”

Previously, emergency managers needed to submit requests for GIS maps to support their planning. The City’s geomatics team sourced, printed and delivered the maps to the agency. By the time the maps were received, the incident would have already changed. With the GEM system, emergency managers can now directly pull critical information through the Web map and effectively assess incidents. The system considerably increases efficiency by allowing support analysts to focus their efforts on the analysis of data, rather than on producing maps.

The GEM system leverages Esri Canada’s Emergency Management Common Operating Picture (EM COP) application, which provides a shared geographic view of incidents to ensure that all responding agencies have consistent situational awareness. It pulls information and basemaps from Esri’s ArcGIS for Server solution, which integrates hundreds of datasets. These include both dynamic data (emergency data from the City’s 911 and 311 systems, and live weather and traffic feeds) and static data (corporate data including infrastructure, subdivision development and utility networks).

Through the GEM system, emergency managers can now allocate resources and update response activities in near real time. They can conduct complete analyses of emergencies and support workflows including identifying threat areas, creating buffers around emergency zones, finding the closest facility, routing traffic and planning for different scenarios. They can also take advantage of intelligence from social media sites by viewing updates and photos of incidents from the public through the Web map. As well, the system interfaces with Canada’s national Multi-Agency Situational Awareness System (MASAS), facilitating exchange of alert information and effective coordination with other agencies during large-scale emergencies.

About the Calgary Emergency Management Agency
The City of Calgary’s Emergency Management Agency (CEMA) provides various levels of support, both in hazard identification and risk assessment, as well as coordinating response to and recovery from emergency situations. This is accomplished through collaboration and cooperation with over 30 Agency partners and members. For more information, visit calgary.ca/cema.

About Esri Canada
Founded in 1984, Esri Canada provides enterprise geographic information system (GIS) solutions that empower businesses, governments and educational institutions to make timely, informed and mission-critical decisions by leveraging the power of geography.  The company distributes the world’s leading GIS software from Esri, Telvent, Cityworks – Azteca Systems and other technology partners.  Headquartered in Toronto, the company serves over 10,000 customers from 16 regional offices across Canada and has been named as one of the Top 250 Canadian IT Companies and Top 25 IT Professional Services Providers in Canada by the Branham Group, as well as one of Computer Dealer News’ Top 100 IT Solution Providers in Canada.  Information about Esri Canada can be found at esri.ca.