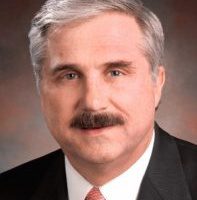 Dr. Wright has experience in leading and managing safe nuclear operations for both U.S. Department of Energy (DOE) and U.K. Nuclear Decommissioning Authority (NDA) programs through holding numerous positions with increasing responsibility both in the U.S. and U.K. Most recently, Dr. Wright served as AECOM executive vice president for operations for the Nuclear & Environment Strategic Business Unit, where he had operations management responsibility for AECOM’s work with the DOE.

“Dr. Wright’s experience with the U.S. Department of Energy and the U.K. Nuclear Decommissioning Authority is unparalleled and strengthens our operations with both customers,” said Randy Wotring, president of AECOM’s management services group. “This appointment is expected to position us for growth in the nuclear market, building upon his experience at both Sellafield Ltd and the Savannah River National Laboratory.”

As the managing director at the Sellafield nuclear site in the U.K., Dr. Wright led an estimated US$2.5 billion portfolio that included ongoing nuclear operations; major construction projects to support decommissioning and clean-up work; and radioactive waste retrieval, storage and processing. He also led the efforts to bring safety performance at Sellafield to the best ever in its 60-year history, building a foundation for sustained performance in both workforce culture and infrastructure improvements.

At DOE’s Savannah River Site, Dr. Wright served as the director at the Savannah River National Laboratory, successfully transitioning from a site-centered focused Laboratory to a national research program with a diverse portfolio of new customers. Under his leadership, revenue for the Laboratory was significantly increased over 35 percent while several innovative initiatives were realized, including the construction and establishment of the Center for Hydrogen Research, the only facility of its kind in the United States dedicated to hydrogen research. In cooperation with local economic developers, Dr. Wright was responsible for establishing numerous strategic partnerships with leading research institutions, including the first-ever agreement with a major medical research University, a significant partnership with the Federal Bureau of Investigation and broader agreements with other Federal agencies.

Dr. Wright earned his PHD, Master’s and Baccalaureate degrees in mechanical engineering from Virginia Polytechnic Institute and State University. He was also recently appointed as a representative to the U.S. Department of Commerce Civil Nuclear Trade Advisory Committee.