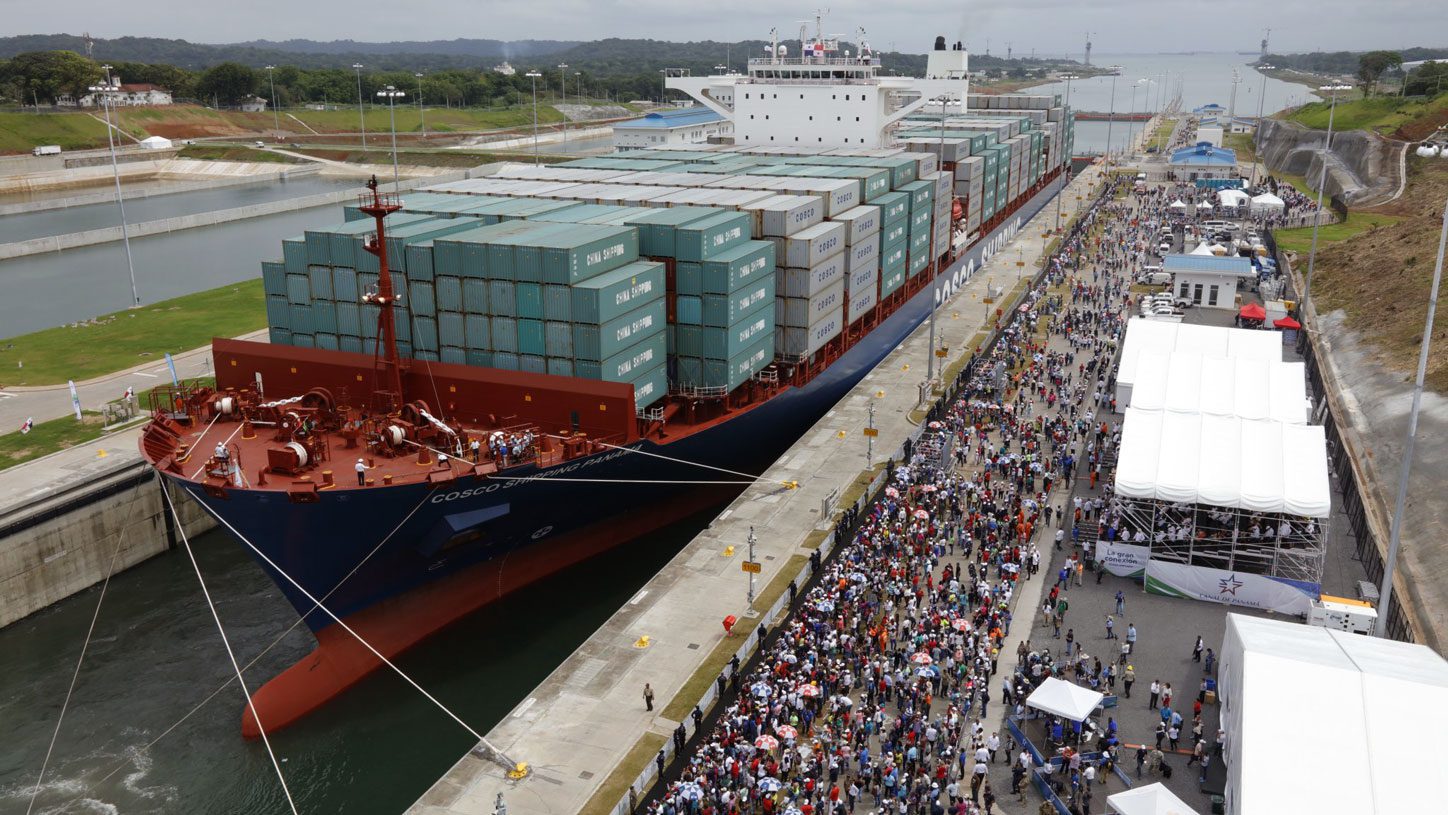 On June 26, the Panama Canal Authority (ACP), the agency of the government of Panama responsible for the operation and management of the Panama Canal, held the inaugural opening of the historic $5.25-billion third set of locks expansion project with the transit of the Neopanamax ship Cosco Shipping Panama, operated by the Chinese shipping company Cosco.

Panamanian President Juan Carlos Varela and Canal Administrator Jorge L. Quijano welcomed dignitaries and guests from around the world, including CH2M Chairman and CEO Jacqueline Hinman, who congratulated the Republic of Panama and the ACP for achieving this game-changing milestone and the successful administration of one of the largest and most ambitious construction projects in the world.

Working as an integrated team with the ACP over the entire nine-year expansion period, CH2M provided program management advisory services for the design and construction of the new Atlantic and Pacific locks; the Pacific access channel dry excavation and dam construction; and multiple dredging contracts to widen and deepen the shipping channel.

“CH2M has been a trusted partner since the Panama Canal Expansion Program began,” said Quijano. “Their proven experience in the international program management arena has added tremendous value to our integrated team. Providing professional support at all levels of their organization, CH2M worked with the Canal Authority to assist in achieving successful completion.”

Added Hinman, “We’re proud and honored to have assisted the Panama Canal Authority with the management of the largest project at the Canal since its original construction.  With the doubling of the Canal’s tonnage capacity and the transit of much longer, wider ships through the waterway, this accomplishment holds great promise for the people of Panama and all societies benefiting from this gateway to global commerce.”

As an Engineering News-Record top-ranked program management firm since 2004, CH2M has partnered with public and private clients to deliver the world’s largest and most complex infrastructure programs.