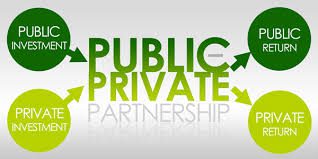 Public agencies enter into P3 agreements to reduce a project’s construction and life cycle costs, expedite their completion, and improve their efficiency and reliability. In addition to skills and experience, private developers often count on having the flexibility to use innovative techniques and technologies to help them meet these expectations.

Although more than half of the innovations that are typically incorporated into P3 projects are “incremental,” they can help to shave 30 percent from a project’s costs, especially in transportation and transit projects, a new study indicates.

“Understanding the Effect of P3s on Canadian Infrastructure Projects,” conducted by researchers at the Ryerson Institute for Infrastructure Innovation at Toronto’s Ryerson University, reports the results of a literature review of P3 project documents and interviews with 19 people who were associated with 15 successful Canadian P3 projects.

The researchers found that about 60 percent of the innovations these projects included were relatively modest in scope because timely, cost-effective project delivery, not innovation, are procuring agencies’ top priority. The relatively short time frame developers have to respond to requests for proposals and the tendency of public and private partners to be risk averse also discourage exploratory approaches to project development. As a result, proven rather than experimental technology tends to be proposed and accepted, the study’s authors found.

This finding notwithstanding, many of the requests for proposals Canadian agencies issue encourage developers to propose innovative approaches, although their means of doing so varies. British Columbia and Alberta use very general terminology to attract innovative proposals, for example, while Infrastructure Ontario will issue required or preferred innovation provisions in its RFPs.

The researchers found that the types of new technology or techniques that were introduced,  and when, varied by project type. Facility P3s, such as hospitals and court houses were most likely to incorporate innovation in the design rather than construction phase and were often described in the RFP. These new approaches usually involved technological adaptation or changes to respond to the demand for services or to achieve energy or architectural sustainability.

Most innovations in transportation and transit projects, on the other hand, were proposed and  implemented after financial close and focused on construction challenges. These changes were often developed to address geotechnical, traffic management and project durability challenges. “This is a good indication that P3s have successfully transferred the construction risk to the private sector,” the researchers wrote.

The authors also provided a glimpse into major innovations interview subjects had introduced in specific P3 projects. These included “compact footprint, building orientation and use of spandrel glass panels” to make a courthouse project more green, installing a pneumatic tube system and automatic guided vehicles to streamline a hospital’s delivery process, and building cut-and-cover tunnels rather than boring them as part of a railway project.

The researchers made several recommendations to public agencies and private developers to encourage innovation and its acceptance in P3 projects. They called on agencies to focus less exclusively on contract compliance and more on addressing the needs a project is intended to address, its preferred functionality, performance and the level of services it is intended to provide.

Private developers were encouraged to focus on projects that involve life cycle development rather than short-term project completion.

The researchers also urged the P3 community to collaborate with universities and applied research centers to spur radical innovation and advised governments to invest in infrastructure research and development.

Finally, they called for more research into innovative ways to finance P3s.