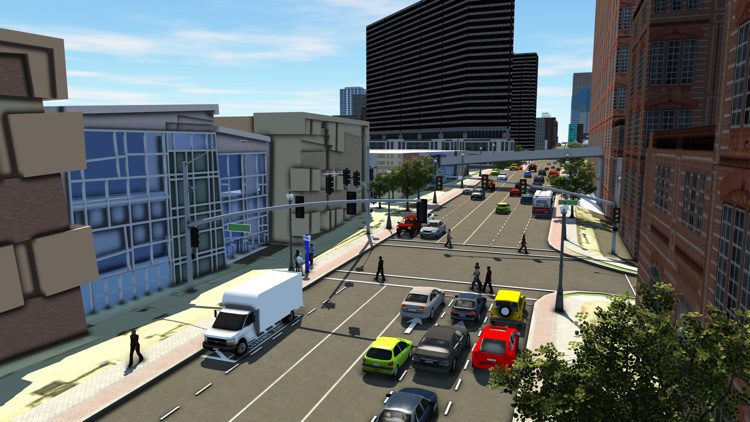 COLUMBUS, OH – U.S. Transportation Secretary Anthony Foxx announced today that Columbus, OH has been selected as the winner of the U.S. Department of Transportation’s (U.S. DOT)’s Smart City Challenge. As winner of the Challenge, Columbus will receive up to $40 million from U.S. DOT and up to $10 million from Paul G. Allen’s Vulcan Inc. to supplement the $90 million that the city has already raised from other private partners to carry out its plan. Using these resources, Columbus will work to reshape its transportation system to become part of a fully-integrated city that harnesses the power and potential of data, technology, and creativity to reimagine how people and goods move throughout their city.

“Each of the seven finalists put forward an array of thoughtful, intelligent, and innovative ideas that defined a vision for the future of the American city and formed a blueprint to show the world what a fully integrated, forward-looking transportation network looks like,” said Secretary Foxx. “The Smart City Challenge required each city to think about transportation as cross-functional, not in silos, but as a transportation ecosystem. The bold initiatives they proposed demonstrated that the future of transportation is not just about using technology to make our systems safer and more efficient – it’s about using these advanced tools to make life better for all people, especially those living in underserved communities. While Columbus is the winner of the Challenge, we believe each city has come out of this process with a stronger sense of how to address transportation challenges with technology and innovation.”

“We are thrilled to be America’s first Smart City. Our collaboration between public, private and nonprofit sectors is the perfect example of how we lift up our residents and connect all communities,” said Mayor Andrew Ginther. “Smart Columbus will deliver an unprecedented multimodal transportation system that will not only benefit the people of central Ohio, but potentially all mid-sized cities. I am grateful to President Obama, Secretary Foxx, the U.S. Department of Transportation, all of our partners and especially the Smart Columbus team.”

The Smart City Challenge generated a significant amount of excitement and interest amongst cities. U.S. DOT received seventy-eight applications in total – one from nearly every mid-sized city in America. The Challenge called on cities to do more than merely introduce new technologies onto city streets, requiring them to boldly envision new solutions that would change the face of transportation in our cities by closing the gap between rich and poor; capturing the needs of both young and old; and bridging the digital divide through smart design so that the future of transportation meets the needs of all city residents.

The seven finalist cities that were announced at South by Southwest (SXSW) in March – Austin, Columbus, Denver, Kansas City, Pittsburgh, Portland, and San Francisco – rose to the Smart City Challenge in an extraordinary way. They presented innovative concepts, proposing to create new first of a kind corridors for autonomous vehicles to move city residents, to electrify city fleets, and to collectively equip over thirteen thousand buses, taxis, and cars with vehicle-to-vehicle (V2V) communication.

Columbus was selected as the winner because it put forward an impressive, holistic vision for how technology can help all of the city’s residents to move more easily and to access opportunity. The city proposed to deploy three electric self-driving shuttles to link a new bus rapid transit center to a retail district, connecting more residents to jobs. Columbus also plans to use data analytics to improve health care access in a neighborhood that currently has an infant mortality rate four times that of the national average, allowing them to provide improved transportation options to those most in need of prenatal care.

Public-private partnerships were essential to the success of the Smart City Challenge. The Department announced partnerships with some of the most innovative folks in the private sector, including launch partner Paul G. Allen’s Vulcan Inc., cloud partner Amazon Web Services, NXP® Semiconductors, Mobileye, Autodesk, Alphabet’s Sidewalk Labs, AT&T, DC Solar and Continental Automotive. In addition, these seven cities were able to leverage U.S. DOT’s $40 million grant to raise approximately $500 million more in funding – a vast majority of which comes from a diverse group of over 150 partners. These partnerships illustrated the private-sector enthusiasm to help build an inclusive transportation system of the future.

“Climate change is a complex challenge, and it will take all of us working together to develop innovative, scalable solutions. One of this competition’s greatest strengths is how it incentivized leaders across the public, private and nonprofit sectors to collaborate,” said Paul G. Allen. “It is my hope that cities across the country will draw from and adapt the ideas from the Smart City Challenge to transform their transportation networks and help put their communities on a more sustainable path.”

“We were impressed with how well the finalists demonstrated their commitment to transforming their respective cities into a fully-integrated city of the future, especially where safety was concerned.” said Mobileye Co-Founder, CTO and Chairman Professor Amnon Shashua. “We anticipate significant advancements from each finalist as a result of this challenge and hope they continue to embrace forward-looking solutions, like Mobileye, and transform transportation infrastructure and safety in their cities. We are more than ready to play our part in ushering in the nation’s first truly smart city and look forward to working with the winner through our participation with Secretary Foxx and the DOT’s Smart City Challenge”

“At NXP, we are honored to be able to provide Columbus with innovations that will truly make a difference to how its citizens live and work,” said NXP CEO and President Rick Clemmer. “Through vehicle-to-vehicle and vehicle-to-infrastructure (V2X) technology as well as RFID tagging and smart card ICs, NXP will help Columbus keep its roads safer, reduce pollution, and create more streamlined traffic and toll payments. We look forward to partnering with Columbus and to watch it become a real, tangible example of what the secure, smarter world will look like.”

“The public and private sectors are generally viewed as at odds with one another, but Transportation Secretary Anthony Foxx’s Smart City Challenge proves that we can indeed work together to address the challenges facing our cities,” said Carl Bass, CEO of Autodesk. “The Smart City Challenge offered the tech industry and city leaders a common platform to envision and plan a more intelligent, sustainable urban future. We applaud Transportation Secretary Anthony Foxx for his leadership in creating this collaborative effort.”

“The DOT Smart City Challenge has inspired cities to shift away from operating in traditional agency silos and towards creating a coordinated, outcome-focused transportation system that reduces congestion and enhances transport equity,” says Anand Babu, COO of Sidewalk Labs. “Data is the key to enabling this transformation, and Sidewalk Labs is excited to partner with cities to provide data-driven applications to better manage roads, parking, and mass transit, and to encourage shared mobility. When governments and technologists collaborate, there is an enormous potential to reimagine the way we approach urban mobility, and Secretary Foxx and the DOT should be commended for moving this critical conversation in a new direction.”

“Amazon Web Services collaborated with the seven finalist cities during the challenge, and will work closely with Columbus to help implement their smart city vision. Cloud technology is enabling collaboration and the creation of citizen services at an unprecedented rate.”

“AT&T congratulates Columbus on a job well done by showing the vision of what a smart city can accomplish for its citizens,” said Mike Zeto, general manager and executive director, AT&T Smart Cities. “While we look forward to continuing to work with all 78 cities that entered the Challenge, AT&T is especially thrilled to help Columbus bring to life its winning smart cities vision by providing a framework for success that can be scaled across the region and other cities as well.”

“The Smart City Challenge is a visionary initiative and DC Solar is proud to be named a partner with the DOT,” said Jeff Carpoff, DC Solar’s CEO. “We look forward to working with the city of Columbus to provide solar energy access through mobile solar solutions and EV infrastructure. DC Solar is excited to work with all the finalist and applicant cities who seek clean energy solutions. We applaud Secretary Foxx’s innovative leadership, and we believe the Smart City Challenge will become a model for encouraging clean technologies in communities throughout the U.S.”

“At Continental, safety is at the cornerstone of everything that we do. That is why we are proud to join the USDOT’s national Smart City Challenge as a provider of active safety technology and secure connectivity to help advance the development of future mobility services such as automated driving infrastructure solutions, Intelligent Transportation Systems and V2X technology,” said Samir Salman, CEO of Continental North America. “The Smart City Challenge aligns with our company’s mission of Vision Zero, which is our goal to globally eliminate traffic and road fatalities, making mobility safer, more convenient and more efficient for everyone.”

The Department of Transportation and its federal partners, including the Department of Homeland Security, the Department of Energy, and the National Institute for Standards and Technology, have committed to keepworking collaboratively with all seven finalist cities to identify potential federal, state, local, and private resources to help carry out their Smart City plans. In addition, Vulcan Inc. has announced a new commitmentto provide additional funding to support the climate and electrification efforts of all seven cities.

To learn more about the Smart City Challenge, visit www.transportation.gov/smartcity.