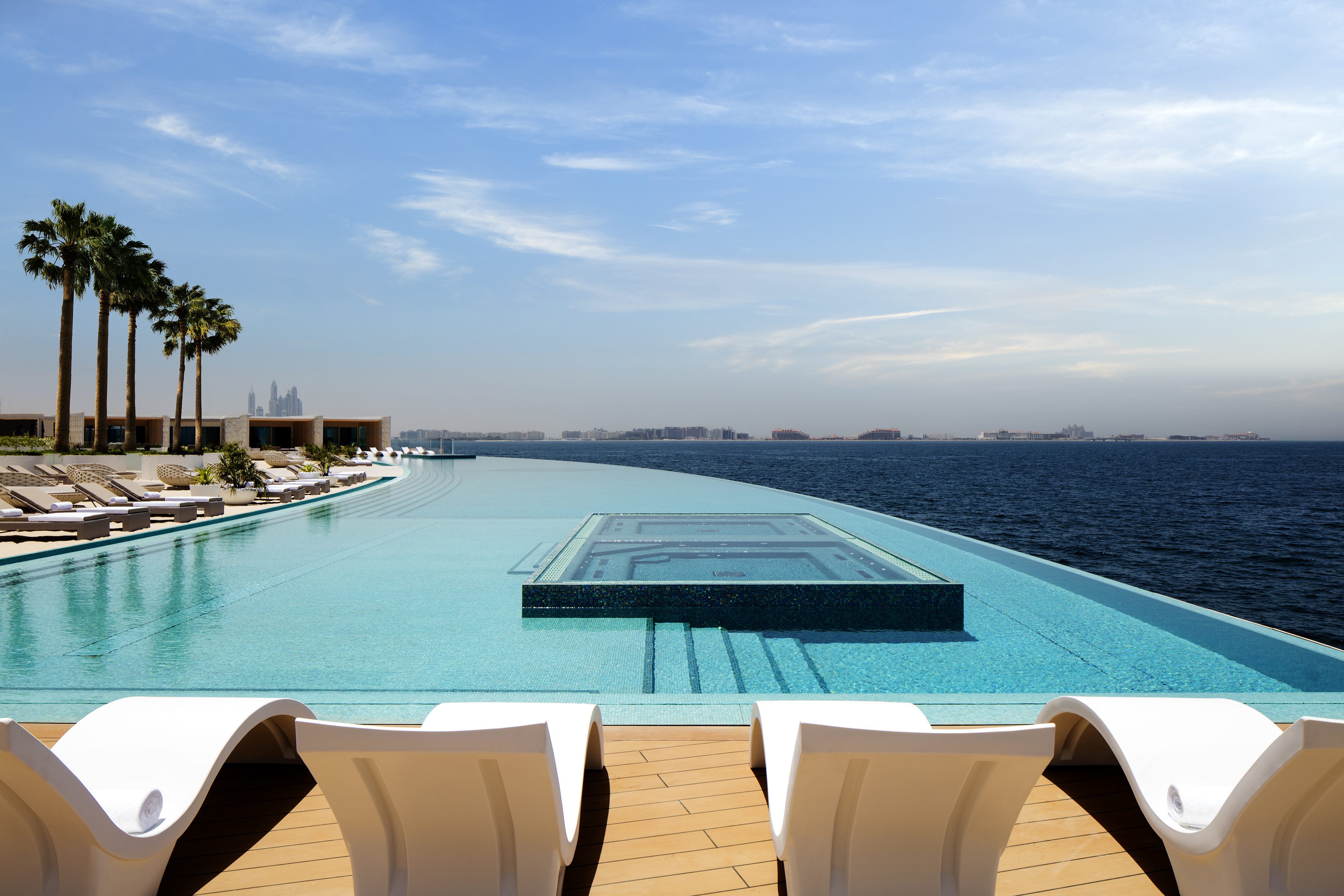 Jumeirah Group, the global luxury hotel company and a member of Dubai Holding, recently celebrated the opening of their terrace, an exclusive outdoor leisure experience at Burj Al Arab, with a ceremony presided over by the Ruler of Dubai, Vice President and Prime Minister of the United Arab Emirates, HH Sheikh Mohammed bin Rashid Al Maktoum.

CH2M was hired by the Jumeirah Group as the client’s engineer to deliver Burj Al Arab Terrace, a world-first in marine and off-site construction. The terrace is a 10,000-square-metre outdoor luxury leisure facility that stretches 100 metres out into the sea.

The CH2M team also reviewed the structural, architectural and MEP (mechanical, electrical and plumbing) designs created by the specialist Finnish firm ADMARES, and provided site supervision services for the construction.

Colin Emmitt, CH2M’s Project Director, said, “This project allowed CH2M to build on its 60-year history of maritime work in Dubai by being part of a true global first in hotel construction and marine design. Burj Al Arab is one of the most recognized buildings in the world, and its luxury and hospitality are legendary. The addition of the terrace showcases Dubai’s leadership in leisure as well as ingenious engineering.”

As the client’s engineer, CH2M led the process of obtaining all necessary approvals for the project from various Dubai authorities. The team also conducted frequent visits to Finland to inspect the construction of the 5,000-tonne platform. The platform was then transported by ship to Dubai to ensure its installation gave only minimal disruption to the hotel and the local marine life.

The design also incorporates a 612-square-metre freshwater pool and an 828-square-metre saltwater infinity pool. A staggering 10 million mosaic tiles line the pools, while 1,000 tonnes of white sand was used to create the beach.

Amer Al Akhdar, Director of Capital Projects Jumeirah Group, said, “I was privileged to head the project from inception to completion. The completion of this unique project would not have been achieved without the incredible effort and commitment from all parties involved. It has been an extremely challenging project and nothing was straight forward. Many aspects of the project were being done for the first time ever, making the Burj Al Arab Terrace a breathtaking feature, both in its concept and execution.”

Comments are disabled
NEXT ARTICLE
Dewberry Awarded Four Contracts by Wake County Public School System
June 20, 2016
PREVIOUS ARTICLE
Rainwater Harvesting and Make Up Water: The Why, When, and How
June 20, 2016