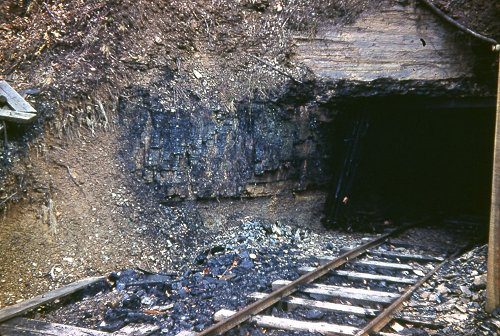 The collective estimated amount of carbon dioxide being released into the atmosphere from 140 coal mines across Pennsylvania is the equivalent to that of a small power plant, a new West Virginia University study finds.

Dorothy Vesper, associate professor in the Department of Geology and Geography at West Virginia University, and her research team, are using a meter designed for measuring carbon dioxide in beverages to more accurately measure the gas in mine drainage water. Using measurements from several sites and estimated values from United States Geological Survey data for 140 Pennsylvania mines, they’ve calculated the amount of carbon dioxide released from abandoned coal mines.

“Many people calculate carbon dioxide from alkalinity, or the capability of water to neutralize acid, so the pH has to be above five, but if you have a lot of carbon dioxide dissolved in the water, it forces the pH to fall below five and people just dismiss it and ignore it,” Vesper said.

“So, there is a bias in the way people typically estimate the carbon dioxide concentrations in water, and they’ve ignored this whole set of mine waters, but we’re able to actually quantify them nicely.

“A lot of those very low pH waters have plenty of carbon dioxide in them.”

Mine drainage, a byproduct of areas active in ore or coal mining, has long been associated with contaminated drinking water, disrupted growth and reproduction of certain types of plants and animals, and infrastructure corrosion. Sulfate-rich mine water can dissolve the surrounding limestone, allowing carbon dioxide gas to be present in the water. When mine waters discharge at the land surface, some of the carbon dioxide releases into the atmosphere.

“The gas is really high in mine waters and people who work with mine waters know that, but no one has quantified it in detail,” said Vesper. “No one has really developed an accurate way to measure the carbon dioxide coming out, partially because it is very difficult.”

Vesper and her team measured carbon dioxide levels in the water at two mine portals and compared those data to estimated gas levels for a limited set of inactive mines across Pennsylvania. These findings – that the total amount of carbon dioxide released from those mines was found to be equivalent to that of a small power plant — have opened the door to larger studies determining the impact carbon dioxide evasion from mine drainage has on the environment.

“I think right now, the next thing I want to do is get a better handle on this and get a much more quantitative assessment at more sites,” Vesper said. “I think we’re also going to work with some of the geographic information system researchers at the Davis College of Agriculture, Natural Resources and Design to see if we can do a larger scale estimate for Pennsylvania or West Virginia.”

This work was initiated with Harry Edenborn, Ph.D., as part of the National Energy Technology Laboratory’s Regional University Alliance (NETL-RUA), a collaborative initiative of the organization. Ongoing work is funded by the NSF-EPSCOR funded Appalachian Freshwater Initiative at WVU.