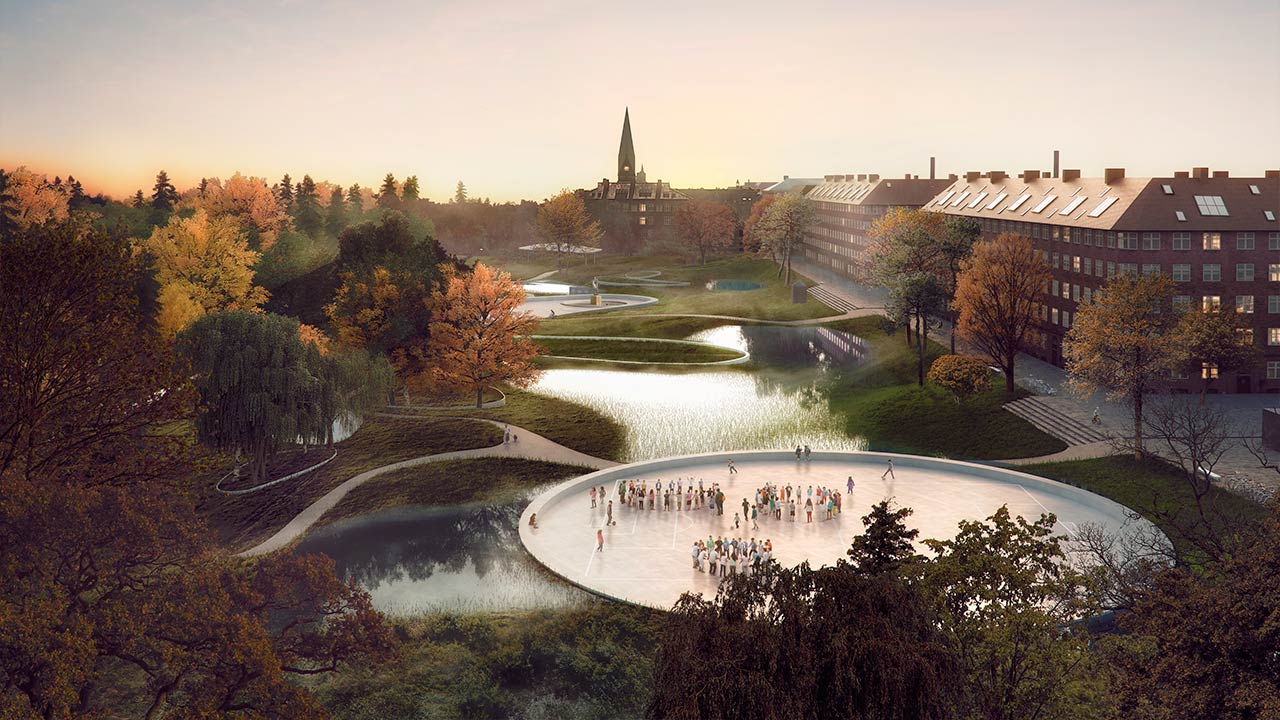 The municipality of Copenhagen together with Nordic Innovation, an organisation under Nordic Council of Ministers, is launching an extensive climate adaptation and urban space initiative with objectives such as redirecting rainwater from cloudbursts, purifying the water running into the Peblinge City Lake, and creating new, attractive and more liveable urban spaces.

The project was designed in close dialogue with the area’s users and residents, and it’s exactly this kind of public involvement that was a key reason why the project won the development competition, ”Nordic Built Cities Challenge” on Thursday, together with five projects in other Nordic cities – the project was thus chosen amongst competing proposals in Copenhagen.

“This project in Nørrebro will be an international beacon for climate adaptation in cities, because it brings together the right technical and social aspects, and at the same time provides an innovative solution by focusing on improving water quality in the lake,” says Christian Nyerup Nielsen, Global Service Line Leader, Climate Adaptation & Flood-Risk Management in Ramboll.

The project will contribute to development of a whole new kind of urban space from Peblinge Lake, along Korsgade Street to the inner Nørrebro area to the nearby Hans Tavsens Park. When the project is complete, the park will act as a rainwater catchment basin during cloudbursts, and then the excess rainwater will be led via Korsgade, out into Peblinge Lake – and on the way, the water will be purified biologically by the city park greenery on Korsgade.

Ramboll is Technical Lead on a project team which is led by the design studio SLA. In addition to Ramboll and SLA, the project team comprises ArkiLab, “GAME” (The National Platform for Street Sport) , author and sociologist Aydin Soei and Social Action.