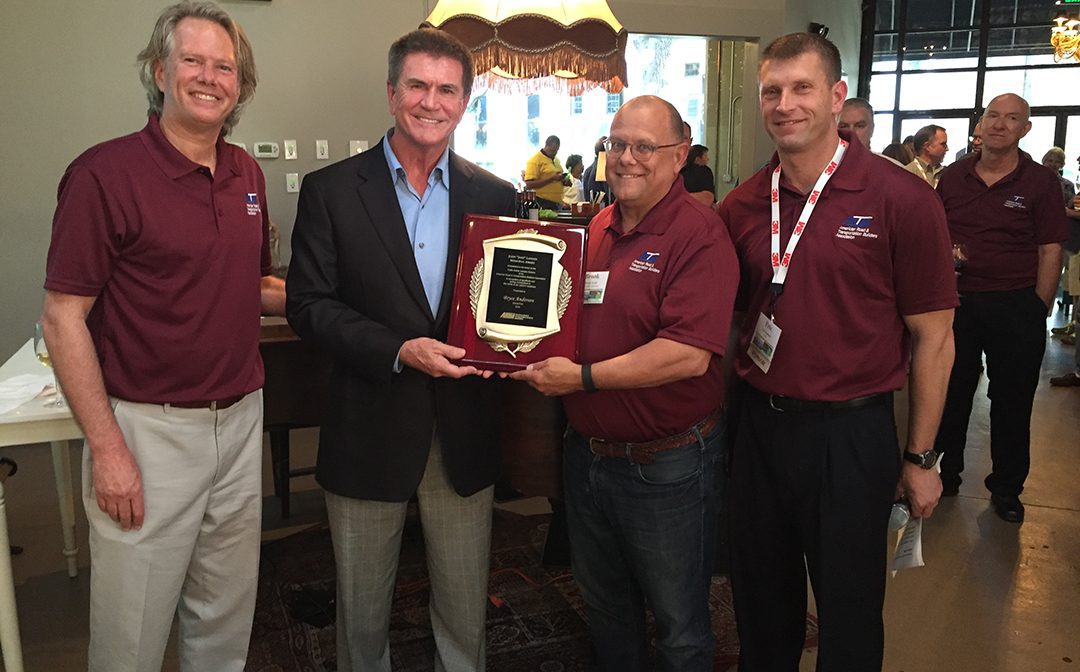 WASHINGTON – For nearly 30 years, members of the American Road & Transportation Builders Association’s (ARTBA) Traffic Safety Industry Division (TSID) have honored public and private sector professionals with the prestigious “Jake Landen Highway Safety Award.”  The award, which is named after the 3M executive who served as ARTBA chairman in 1976, is presented annually to those who have “made significant and lasting contributions to the safety of our nation’s highways.”

The 2015 private sector award winner is Ennis-Flint Chairman Bryce Anderson, whose more than 50 years in the industry are a testament to his life-long commitment to safety on America’s roadways.

Anderson began Anderson Striping in 1967 as a parking lot striping contractor and consistently invested in the industry as a contractor and manufacturer and a volunteer for countless industry events. From that small beginning, Anderson has grown his company, Ennis-Flint, into one of the largest traffic safety and pavement marking companies in the world.

Prior to joining AASHTO, Gee had a distinguished 35-year career with the Federal Highway Administration (FHWA), guiding oversight of major projects including safer and longer-lasting construction methods and materials. Gee has been recognized with the U.S. Presidential Rank Award for Meritorious Service in 2000 and 2008 as well as the U.S. Department of Transportation’s Gold, Silver and Bronze Medals for Exceptional, Meritorious and Superior Achievement.

“Bryce Anderson and King Gee both define the virtues of this award, showing professional integrity, dedication, involvement and a pioneering spirit,” said ARTBA Senior Vice President of Safety and TSID Managing Director Brad Sant. “They serve as examples of those who believe in their work to make America’s roads safer.”

The awards were presented at the annual TSID “Summer Social” in early June, held in Savannah, Georgia.

To be eligible for the Landen award, a person must have been employed, or be retired from, a private business or public agency, made a significant contribution to highway safety and be nominated by an ARTBA TSID member.