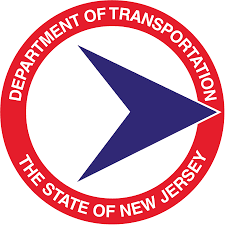 “This is the third consecutive year New Jersey’s transportation agencies and the State Police have come together to practice a worst case scenario in which the New Jersey Shore would need to be evacuated in a short period of time in the event of a hurricane or other natural disaster,” NJDOT Acting Commissioner Richard T. Hammer said. “Conducting this drill each year ensures that new employees are trained in our emergency procedures, and our experienced staff stay sharp and are ready and able to quickly and efficiently get people out of harm’s way if necessary.”

The objectives for this drill were to implement lessons learned from the past drills, particularly interagency communication, as well as NJDOT’s mobilization response time.

The main element of the exercise was preparing to set up a contra flow on several highways within the state that serve as evacuation routes for the Shore. Contra flow is reversing the direction that traffic normally flows on a section of roadway to maximize the capacity of the road. The following highways were part of today’s drill:

Before traffic can be reversed in a contra flow scenario, safety devices must be strategically put in place to stop the traffic on one side of the road to allow that same lane or lanes to be used as additional lanes for evacuation from a specific area.

Nearly 300 New Jersey State Police, NJDOT, NJTA, SJTA, and NJDOC personnel participated in the exercise. They staged more than 5,000 cones, drums, and signs that are necessary to set up contra flow on these coastal evacuation routes. Crews followed plans all the way through to the placement of materials, stopping short of actually closing roadways. There was no impact to the motoring public as a result of this drill.

Colonel Rick Fuentes, New Jersey State Police Superintendent and Director of the NJ Office of Emergency Management, praised the efforts of all involved.

“Every level of government – state, county and local – should test emergency plans to make sure they are viable.  We have implemented elements of the Contra Flow Plan during large-scale evacuations for Superstorm Sandy and Hurricane Irene.  These experiences informed the plan we are testing today,” Fuentes said.  “An evacuation order is a major undertaking.  We rely on the New Jersey Department of Transportation to help us keep residents safe as they leave areas that are at risk from hurricanes and other severe weather events.”