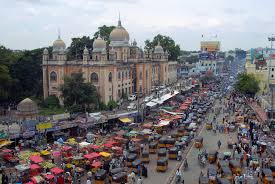 Smart cities are not only about smart technology. It is also about creating a smart framework for holistic development that values liveability and sustainability along with growth.

That is the main conclusion from Neel Strøbæk, Ramboll’s Group Market Director for Planning & Urban Design on a seminar on India’s 100 smart cities in the Danish Foreign Ministry’s Asia House today.

India has the highest growth rate among the G20 countries, and in a few years will surpass China as the most populated country in the world. The Indian population is young and increasingly well-educated, not least with its highly skilled engineers – 800 of them now work for Ramboll.

The flow of people moving from rural to urban areas in India places great pressure on city infrastructure, so the Indian government’s plan is to create 100 smart cities with total investments of EUR 6.5 billion. The aim is to facilitate sustainable urban growth, for instance, by using smart technology in the provision of adequate water systems, stable power supplies, and reliable public transport.

The plan presents significant opportunities for Danish companies with experience of planning and developing smart and livable cities. Ramboll has taken the first steps to playing a key role in the initiative with a pilot study in the historic city of Udaipur in Rajasthan. The pilot study is being made to gain an understanding of the challenges and ascertain how international experience from, for instance, the Nordic Region and Singapore can benefit Indian cities.

“Studies from around the world reveal that when cities grow, environmental quality and thereby also liveability deteriorate. Also, many Indian cities suffer from water and air pollution. But it doesn’t have to be that way. It is possible to decouple pollution from growth”, states Neel Strøbæk, and refers to how this has been achieved in Copenhagen.

She adds that it is not enough to think about smart technology – also more holistic thinking and not least a better collaboration and less silo thinking in city administration, is a prerequisite.

“I believe that we need to expand the perception of smart cities being purely technology focused so that it also encompasses smart thinking and development of new city governance – while inviting Danish cities to share their experiences in this area with their Indian counterparts”, says Neel Strøbæk.