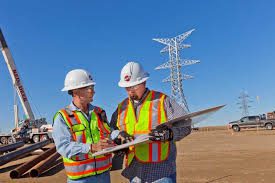 Bechtel has signed a five-year contract extension with the Royal Commission for Jubail and Yanbu to continue its longstanding management services work at Jubail and Ras Al Khair industrial cities. The Jubail project in the eastern province of Saudi Arabia is recognized as the world’s largest single industrial development project, and is unique as a city built from the sand up, requiring vast resources and logistical planning on an unprecedented scale. Bechtel has worked with the Royal Commission on the Jubail project since it began in the mid-1970s.

“Bechtel is a key part of our team and they have played a major role in helping us to plan and implement the growth of Jubail and Ras Al Khair,” said Dr. Mosleh Al-Otaibi, CEO, Royal Commission for Jubail. “With their help and partnership we will continue to develop these cities which support Saudi Arabia’s economy.”

The Jubail industrial city development spans 1,016 km² and provides petrochemical and other industrial complexes, major harbor and port facilities, telecommunications, and a highway system. Jubail and Ras Al Khair currently employ an estimated 140,000 people, which is predicted to rise to 190,000 by 2021. Over the next five years, Bechtel’s work will focus on providing residential accommodation and education facilities such as a 18,000-student ‘greenfield’ university as well as roads, bridges, medical centers, and power, water and waste facilities.

“Jubail is one of the world’s iconic engineering projects,” said Toby Seay, president of Bechtel’s global infrastructure business. “We’re delighted to build on our successful, longstanding relationship with the Royal Commission, which is based on a strong, collaborative partnership.”

Bechtel has worked on a number of significant infrastructure projects in Saudi Arabia over the last 70 years, including King Fahd and King Khalid airports, and Ras Al Khair aluminum smelter. It is also currently working on Lines 1 and 2 of the Riyadh Metro.