/ Column / Point Clouds Emerge from the Shadows, No Longer ‘Always the Bridesmaid’

Point Clouds Emerge from the Shadows, No Longer ‘Always the Bridesmaid’ 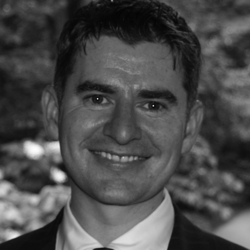 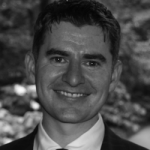 How do you know when a new technology reaches maturity? When everyone knows what it is? When everyone uses it? When it is no longer the subject of special conversations, conferences, articles etc.? I am not sure, I don’t have the answer; this is not a rhetorical question.

But if any of the above is true then point clouds remain new, because people are still discovering them, firms are still learning how to reuse them, and special conferences featuring point clouds are growing rapidly in line with sales and adoption curves. Only last month SPAR2012 – the ninth SPAR conference focusing on 3D data capture and reuse technologies – broke record after record in terms of attendance, sponsors, presentations, and newly unveiled innovations.

Of course it’s not just the same old faces attending, with a 20% increase in numbers that would be impossible. So what provided the ‘buzz’ was there a common theme? It’s hard to say as each vendor strives to carve out their own niche to build sustainable revenues; each working hard to differentiate their offering from their competition so they can win more of your business.

That said, and from what I saw, a theme did emerge. Multiple vendors pitched their strategy to ‘reuse’ point cloud data ‘as-is’ without being forced to ‘reverse engineer’ groups of points to create traditional vector-based geometry. While this wasn’t new in itself, it does seem to be a trend which has captured the hearts and minds of vendors and users alike.

Almost three years ago while still working at Bentley’s HQ in the USA I led the team that positioned our point cloud software capabilities (which we licensed from Pointools) for ‘point cloud reuse’ and made clear all of the financial and time benefits users would realise by enabling high-performance visualisation and manipulation of point clouds as project ‘context’ inside the design environment. The payoff for users was the elimination of unnecessary reverse-engineering workflows for survey data.

When I left Bentley to join Pointools two years ago, we immediately repositioned Pointools’ software portfolio for point cloud reuse, and we positioned the Pointools POD file format (due to the availability of plug-ins for AutoCAD, Rhino, and SketchUp) as the most reusable native point cloud file format. We promised streamlined scan-to-model workflows because our software’s performance was largely unrivaled; it had been written with large-file viewing as the number one priority. Recognising the value in reuse the market responded and software sales soared.

At the end of 2011 Bentley acquired Pointools and at SPAR2012 this April Bentley launched the ‘SELECTSeries 3’ version of Descartes V8i to deliver advanced point cloud data processing to MicroStation users. This new version promises to increase productivity and eliminate many of the simple workflow mistakes common when manipulating billions of points in real-time. And the new ProjectWise streaming of point clouds further underpins Bentley’s commitment to reusing point clouds as-is without reverse-engineering.

Point Clouds as the Model

Another vendor to nail their intentions to the mast at SPAR2012 was Autodesk. Elmer Bol, Director of Reality Capture at Autodesk and co-founder of Alice Labs, (acquired by Autodesk in Q4 2011) was unequivocal; “The point cloud is the model” he told a packed room in the new technologies track. The Alice Labs technology that Autodesk acquired is another fine example of high-performance point cloud visualisation software that was created to display billions of points. Like the Pointools software, its software architecture was conceived with stunning performance in mind.

[pullquote_right]We’re moving toward real-time laser scanning data reuse.[/pullquote_right]Still, from this crop of early modelling software, the better offerings now provide for ‘semi-automated’ feature extraction which reduces the time wasted and reduces the burden of reverse-engineering when downstream data reuse demands analysis such as finite element analysis (FEA) or energy analysis.

There are of course other cool (re)uses of point cloud data which are even more immediate. Google has launched a ‘laser guided car’ which in real-time uses the point cloud data it captures to build the surrounding environment so that computers can guide the car safely from A to B: very impressive stuff. Perhaps even more impressive is this self-directing gyrocopter which necessarily makes more immediate and delicate changes of direction in all directions to self-navigate a tricky obstacle course. This is one of the most impressive demonstrations of real-time laser scanning data reuse that I have witnessed. Combining LiDAR and SLAM – simultaneous location and mapping – this project was completed at the MIT Science and Artificial Intelligence Laboratory www.csail.mit.edu.

So what next? Well I am afraid I don’t have that answer. You’ll just have to watch this space.

Joe Croser is the Managing Director of Oundle Group and an Enterprise Programme Mentor with the Prince’s Trust. Oundle Group is the business development consultancy that helps technology firms stand out from the crowd and the Prince’s Trust is a youth charity that helps young people build sustainable futures for themselves and their families. Before starting Oundle Group, Croser was the Vice President of Products at Pointools Ltd – the first point cloud software vendor to display billions of points on ordinary computers; eliminating the need for reverse-engineering workflows. Croser joined Pointools from Bentley’s HQ in North America. Other industry experience includes seven years providing strategic project software consultancy to some of London’s best known owner-operators and AEC design firms and four years practicing architecture with Richard Rogers Partnership, a world-renowned firm headquartered in London. In total, Croser has more than twenty years’ experience in the construction industry. He holds a Bachelor’s Degree in Architecture with Honors from Oxford’s School of Architecture, and is a Member of the Chartered Institute of Marketing (MCIM).

Comments are disabled
NEXT ARTICLE
Transgranular Perspiration is Not Sandy Sweat: New Discoveries in Ceramic Tiles at smartgeometry 2012
May 7, 2012
PREVIOUS ARTICLE
Geospatial Technology in 5 to 10 years
May 7, 2012