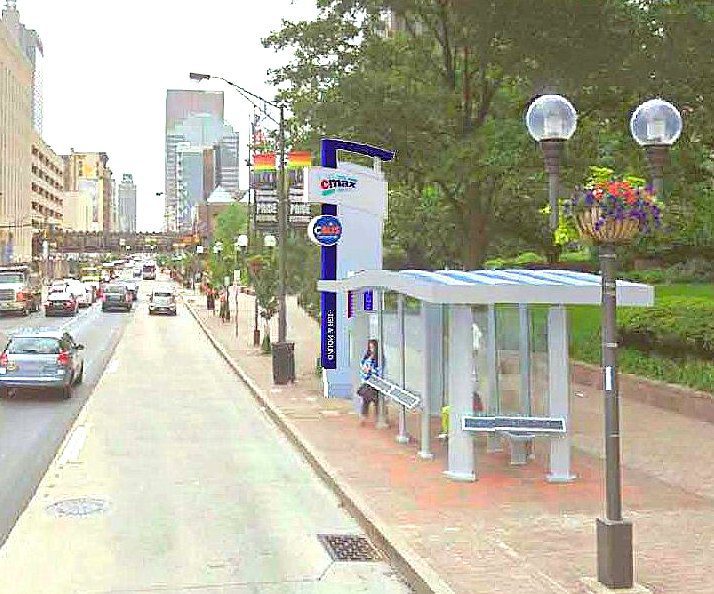 “Transit plays a critical role in connecting Americans to economic opportunity – that’s true in Ohio and around the country,” said U.S. Transportation Secretary Anthony Foxx. “COTA’s new BRT line will strengthen and revitalize the communities it serves along Cleveland Avenue, connect residents of Columbus to education and jobs, and improve quality of life in the region.”

The 15.6-mile BRT service will provide a much-needed option in a corridor with high transit use. Ridership on COTA’s existing local bus route on Cleveland Avenue is among the highest in the system and rapidly growing; standing loads are common. CMAX will help reduce passenger crowding, and improve travel speeds and schedule reliability along the corridor. In addition, the line will connect riders to major destinations such as downtown Columbus, Columbus State Community College, shopping centers and hospitals.

“The Cleveland Avenue BRT will make a huge difference for thousands of commuters in the Cleveland Avenue corridor who are enduring standing-room only buses stuck in traffic,” said FTA Acting Administrator Carolyn Flowers. “When the BRT line opens, commuters will have a fast and convenient way to get to school, work, medical appointments and other destinations.”

The FTA is contributing 77 percent of the $48.65 million total cost of the Cleveland Avenue BRT project. The federal grant funds are from the Small Starts funding category of FTA’s Capital Investment Grant (CIG) program. The CIG program is the federal government’s primary grant program for funding major transit projects. The remaining project costs are being paid for by a sales tax that is collected in the COTA service area and dedicated to funding expanded transit services.

The project will operate between downtown Columbus and the Ohio Health Medical Center in the neighboring city of Westerville. BRT service is planned to operate in existing peak-period bus-only lanes for one mile in downtown Columbus and in mixed traffic for the rest of the route. The project also includes 32 bus stops, construction of two park-and-ride lots, the purchase of 15 compressed natural gas buses, transit signal priority and next-bus arrival information for passenger platforms. The BRT line is scheduled to open in January 2018.