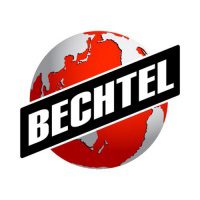 Bechtel, one of the world’s leading engineering, procurement, and construction companies, today announced executive leadership changes that will be effective September 1, 2016.

“I am delighted to announce these changes that further strengthen our company and puts in place a dedicated and experienced executive leadership team that will drive us forward as we continue to innovate, re-tool and consistently deliver for our customers and colleagues,” said Bechtel Chairman of the Board Riley Bechtel. “This is a natural evolution in our company and the result of diligent succession planning and execution,” he added.

Dudley, who has served as CEO since 2014, president & COO from 2008-2014, and a member of the board of directors since 2000, is the first non-family member named CEO since the company’s founding 118 years ago. Dudley joined the company in 1981. Throughout his Bechtel career, he has excelled in operational and executive roles. As president & COO and then CEO, Dudley is best known for having developed a strong and cohesive team among Bechtel’s top leadership who delivered unprecedented results for its customers, colleagues, and the company. Dudley will remain on the company’s board of directors.

Brendan Bechtel, current president & COO, succeeds Dudley as the CEO and becomes the fifth-generation family member to lead Bechtel as its chief executive. Brendan was appointed president & COO and elected to the board in 2014. In his current role, Brendan has led performance improvements across the business. Previously, he served in a variety of operational and executive roles including president of OG&C, general manager of its liquefied natural gas business – which today is responsible for a third of global LNG capacity – and numerous field assignments around the world.

“I am especially honored and humbled by this election just a few weeks after we celebrated my grandfather’s 75 years of continuous service to Bechtel. Representing the fifth-generation of family leadership at this remarkable company is a unique responsibility, said Brendan. “I look forward to continuing the family’s legacy started by my great-great-grandfather in 1898, and most importantly, working with our strong team of committed and capable leaders to guide Bechtel into the future,” he added.

Jack Futcher, a 36-year veteran of the company who currently serves as president of the OG&C global business unit, the company’s largest, will become president & COO. As president of OG&C, Futcher helped diversify the business and led it to unprecedented growth in the LNG sector. During his Bechtel career, Futcher also served as global manager of procurement, as a project manager on energy megaprojects, as president of the Power business, and as executive sponsor for the Mining & Metals business. Futcher was elected to the company’s board of directors in 2010 and will remain a member of the board.

“Bill has been a dynamic leader for our company as CEO and previously as president & COO, where he was pivotal to Bechtel achieving a decade of extraordinary growth. I look forward to his continued contributions to the company as vice-chairman. Further, Jack and Brendan are the right team to provide strong leadership in support of the very capable team they have developed as we approach a period of volatility in our markets,” said Riley Bechtel. He concluded, “Today, I am both a proud father and confident chairman with Brendan coming in as CEO. He is highly qualified to become, and will be superb as, the next CEO.”

Bechtel is one of the most respected global engineering, construction, and project management companies. Together with our customers, we deliver landmark projects that foster long-term progress and economic growth. Since 1898, we’ve completed more than 25,000 extraordinary projects across 160 countries on all seven continents. We operate through four global businesses: Infrastructure; Nuclear, Security & Environmental; Oil, Gas & Chemicals; and Mining & Metals. Our company and our culture are built on more than a century of leadership and a relentless adherence to our values, the core of which are safety, quality, ethics, and integrity. These values are what we believe, what we expect, what we deliver, and what we live.  www.bechtel.com