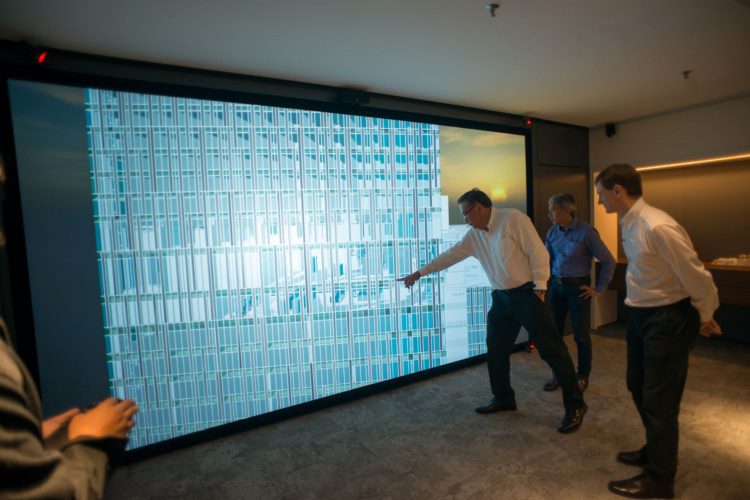 He said: “GDP is the first architectural firm in Malaysia to use this virtual reality facility. VR was a natural progression for us, especially within the BIM sphere.” He added: “Although our ActiveWall has only been installed for a short time, it has already been extremely useful for technical reviews and in co-ordination with other project consultants.”

GDP’s VR suite features a Virtalis ActiveWall with a 4.4 m wide by 2.3 m high screen to create an immersive experience in a virtual world. The system teams a Christie projector with ART tracking, including both a head and hand tracking, to follow an immersed user’s movements. Software-wise, GDP settled on Virtalis’ Visionary Render which takes 3D CAD data and transforms it into 3D stereoscopic VR models that can be explored immersively and interactively in real-time. GDP also added Virtalis Exchange which seamlessly translates CAD and the Virtalis StereoWorks Control System.

Ahmad Nazari, an architect at GDP, explained: “Although architects design in 2D and 3D, VR technology adds another dimension for both designers and our clients to have a better sense of the space and volume. This added dimension allows us to evaluate the quality of spatial volume created and by using that process as a new canvas for our design development.”
Once the new system is bedded in, GDP has plans to use its new VR facilities to collaborate with other architects and engineers across the globe and are shortly to try real-time 3D design reviews using the Virtalis Viewer.

“Our new VR kit is a powerful design tool”, said Ahmad. “There’s no question that being immersed in the virtual space and interacting with huge amounts of data is a significant progression – both GDP staff and clients have been impressed by the experience. Being able to experience the designed space before it is built helps our clients make critical decisions in large-scale projects.”