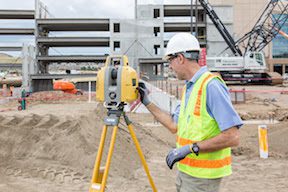 Raw scan data from the Topcon GLS-2000 laser scanner can now be taken directly into Autodesk ReCap 360 and ReCap 360 Pro with no intermediate software conversion steps necessary. This integration is designed to streamline point cloud analysis to quickly identify conflicts, measure variations and make adjustments at various stages of a construction project.

“With the Topcon and Autodesk BIM solution, users can speed up the process by now directly importing their scan data into ReCap 360 and 360 Pro for every step of the point cloud process — registration (Pro only), cleanup, indexing, segmentation and more,” said Charles Rihner, vice president of the Topcon GeoPositioning Solutions Group. “Once in ReCap 360 or Pro, reality data captured with the Topcon GLS-2000 is ready for consumption in any Autodesk software solution such as AutoCAD, Revit, Inventor, Navisworks, InfraWorks, and 3ds Max.”

The system’s “Capture, Process and Collaborate” workflow is designed to allow users to get to the collaboration stage and offer their customers the value of the point cloud more quickly.

“With these new versions of ReCap 360 and Pro, our capture workflow is now even faster allowing our users to get more accurate data to and from the field faster than ever,” said Charles Rihner.