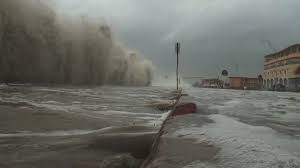 IRVINE, Calif., June 1, 2016 – CoreLogic (NYSE: CLGX), a leading global property information, analytics and data-enabled services provider, today released its 2016 Storm Surge Report which concludes that more than 6.8 million homes on the Atlantic and Gulf coasts are at potential risk of damage from hurricane storm surge inundation with a total reconstruction cost value of more than $1.5 trillion (Table 1). In addition to the number of homes at risk, the analysis also provides the reconstruction cost value (RCV), which is the cost to completely rebuild a property in case of damage, including labor and materials by geographic location, assuming a worst-case scenario at 100-percent destruction. Using more advanced and granular data than in previous years, the 2016 analysis shows an increase from 2015 in the overall number of homes at risk of storm surge as well as an increase in the reconstruction value of these homes. Despite the overall increases, the 2016 analysis shows a decrease in the most extreme category for both the number and value of homes at risk.

The CoreLogic analysis examines risk from hurricane-driven storm surge for homes along the Atlantic and Gulf coastlines across 19 states and the District of Columbia, as well as for 88 metro areas. Homes are categorized among five risk levels, including Low, Moderate, High, Very High and Extreme.

“Using more granular-level data has given us an even clearer picture of which homes are at risk of storm surge damage,” said Dr. Tom Jeffery, senior hazard risk scientist for CoreLogic. “Despite the overall increases in risk, we were glad to see that the number and value of homes in the most extreme, and dangerous, category actually declined. It just goes to show the power of how advanced data can improve risk assessment at the property level.”

At the state level, Texas and Florida, which have the longest coastal areas, consistently have more homes at risk than other states. Florida ranks first with 2.7 million at-risk homes across the five risk categories and Texas ranks third with 531,169 at-risk homes (Table 3). Since the number of homes at risk strongly correlates with the accompanying RCV, these two states rank first and fifth, respectively for having the largest RCV (Table 4). States with less coastal exposure but lower-lying elevations that extend farther inland, such as Louisiana (ranked second at 800,521 at-risk homes) and New Jersey (ranked fourth at 468,823 at-risk homes), tend to have more total homes at risk because of the potential for surge water to travel farther inland. Louisiana and New Jersey are also near the top of the list for RCV, with Louisiana totaling $184 billion (ranked second) and New Jersey totaling $139 billion (ranked fourth).

At the local level, 15 Core Based Statistical Areas (CBSAs) account for 67.3 percent of the 6.8 million total at-risk homes and 68.3 percent of the total $1.54 trillion RCV (Table 5). This disproportionate distribution of homes suggests that the location of hurricanes that hit land is often a more important factor than the number of storms that may occur during the year. The Miami CBSA, which includes Fort Lauderdale and West Palm Beach, has the most homes at risk totaling 780,482 with an RCV of just under $144 billion. By comparison, the New York City CBSA has slightly fewer homes at risk at 719,373, but a significantly higher total RCV totaling $260 billion.

The CoreLogic storm surge analysis also complements Federal Emergency Management Agency (FEMA) flood zone information to provide a snapshot of potential damage exposure at the property level since many properties located outside designated FEMA flood zones are still at risk for storm surge damage. Standard FEMA flood zones are designed to identify areas at risk for both freshwater flooding, as well as storm surge, based on the likelihood of either a 100-year or 500-year flood event. They do not differentiate risk based on storm severity, and as a result, do not accurately reflect the total extent of potential risk along coastal areas. Homeowners who live outside designated FEMA flood zones often do not carry flood insurance, given that there is no mandate to do so, and therefore may not be aware of the potential risk that storm surge poses to their properties.

To illustrate varying degrees of flood risk exposure, the analysis compares homes that are not located within FEMA 100-year floodplains against the number of homes located in surge inundation zones, as well as those located in both surge and FEMA Special Flood Hazard Areas (SFHA). This data can be found in the full report at: http://cl.internal.cvic.com/corelogic/url.php?cin=1y2b1w2a2b1x2a

*The “Low” risk category is based on Category 5 hurricanes which are not likely along the northeastern Atlantic Coast. States in that area have N/A designated for the Low category due to the extremely low probability of a Category 5 storm affecting that area.
** Washington, D.C. has no Atlantic coastal homes, but can be affected by larger hurricanes that push storm surge into the Potomac River. Category 1 and 2 storms will likely not generate sufficient storm surge to affect homes in Washington, D.C.

Table 4 – Reconstruction Cost Value of Homes at Risk by State

Methodology
The CoreLogic storm surge analysis encompasses single-family residential structures and also includes mobile homes, duplexes, manufactured homes and cabins, among other non-traditional home types. The 2016 CoreLogic Storm Surge Report provides a more granular and accurate analysis than in previous reports, now incorporating 10-meter grid cell elevation data rather than the 30-meter elevation data used previously. This enhanced granular view of data effectively increases resolution and accuracy of land elevation analysis by almost tenfold, giving insurers an even better way to analyze risk. Year-over-year changes in the number of homes at risk and RCV can be the result of several variables, including new home construction, improved public records, enhanced modeling techniques, fluctuation in labor, equipment and material costs, and even potential rise in sea level. As a result, direct year-over-year comparisons should be avoided. To estimate the value of property exposure of the single-family residences, CoreLogic utilized its proprietary reconstruction cost valuation methodology which estimates the cost to rebuild the home in the event of a total loss and is not to be confused with property market values or new construction cost estimation. Reconstruction cost estimates more accurately reflect the actual cost of damage or destruction of residential buildings since they include the cost of materials, equipment and labor needed to rebuild, and also factor in geographical pricing differences. Actual land values are not included in the estimates. The values are based on 100-percent or total destruction of the residential structure. Depending on the amount of surge water from a given storm, there may be less than 100-percent damage to the residence, which would result in a lower realized RCV.