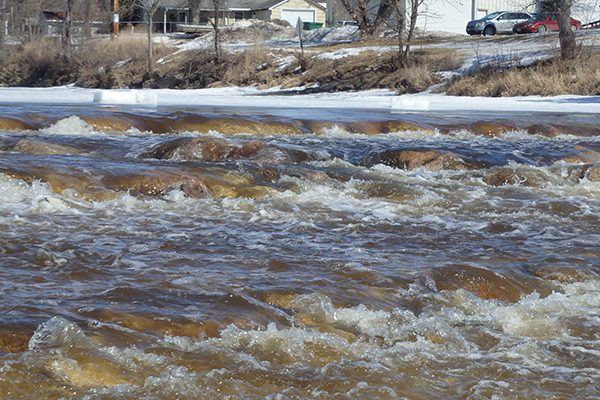 The State of Iowa has a serious problem with low-head dams, and the Iowa Department of Natural Resources (DNR), working with civic and non-profit organizations, is making a concerted effort to modify or remove them.  A Cardno project, the Quasqueton Dam, was featured in a booklet, Iowa Low-head Dam Modification Success Stories, published by Iowa Rivers Revival, a non-profit river advocacy and education group.

Cardno removed the 82-year-old dam and constructed rock arch rapids, which reduced the velocity of flowing water and is now safer for residents and healthier for aquatic life.

Because low-head dams span the entire width of a river and are less than 30 feet high, they cause water to flow at a high velocity over their smooth concrete face at a steep slope, forming dangerous recirculating currents that have killed 163 people since 1900.  These currents also impede the passage of migrating species, including fish, amphibians, mussels, and invertebrates, preventing them from reaching their habitat and limiting the population and diversity of all forms of aquatic life in Iowa’s rivers and streams.

Although the dam was a well-known feature of Quasqueton, IA, trees and debris were trapped continually in the dam’s recirculating current and impeded the movement and natural habitat of the aquatic life.  The city secured a DNR low-head dam mitigation grant to remove the structure, rather than risk deadly accidents and use its funds to maintain it.

You can read the booklet here.  The Quasqueton project is on page 20.