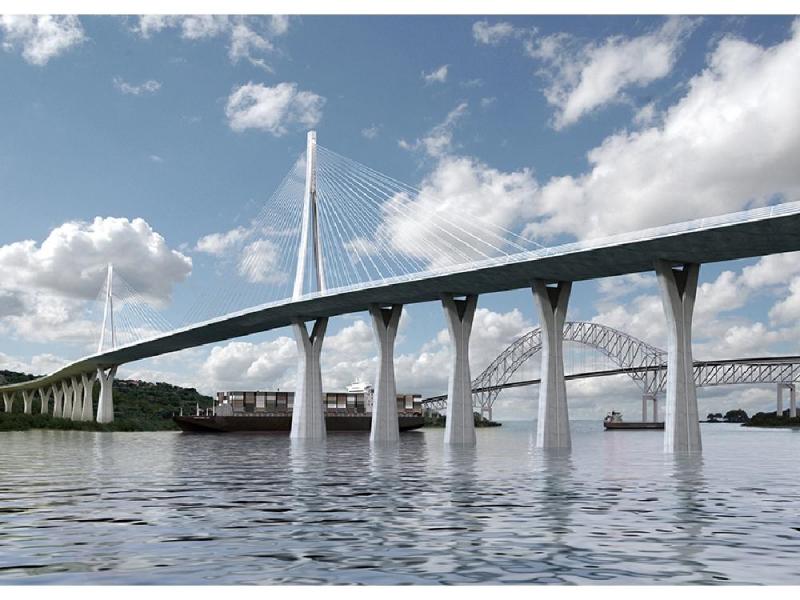 Matt Ball on May 27, 2016 - in Design/Engineering, Projects, Transportation

PANAMA CITY, PANAMA, May 26, 2016—The Government of Panama announced today the commencement of three major new transportation and energy megaprojects with international investments and partnerships worth over $4 billion. The megaprojects include construction of Central America’s first natural gas based energy plant, Line 3 of Panama’s metro, and the fourth bridge over the Panama Canal. These projects continue a series of massive infrastructure initiatives successfully launched and completed by the Government of Panama as part of President Juan Carlos Varela’s 5-year development plan that has already secured investments of over $19 billion for transportation, housing, basic sanitation and water infrastructure projects.

The announcement comes just weeks ahead of the June 26 opening by the Government of the Panama Canal Expansion, which will transform the ease and cost of global shipping by allowing for ships with larger cargo capacity (20 TEU) to transit across the Canal.

The three megaprojects include:

President Juan Carlos Varela announced the launch of construction of the first natural gas based energy plant in Central America, which will be developed by the AES Corporation with an investment of over $1 billion. The new plant in Colon will generate 381MW of new energy, strengthening Panama’s energy capacity, and will create nearly 2,000 construction jobs for Panamanians. AES will develop the project after winning an international bidding process.

The Japanese International Cooperation Agency (JICA) provided President Juan Carlos Varela the certification of beginning of operations by the consortium of Nippon Koei Co, Ltd Tonichi Engineering Consultant, Inc and Nippon Koei Latin America- Caribbean Co as Project Managers for the development of Line 3 of Panama’s metro. The certification formalizes the start of the Line 3 project, which will include monorail technology, 14 passenger stations, and is expected to reduce traveling times by 50% for almost 20,000 passengers.

Panama and Japan agreed on $35 million in funding for the Project Manager, and a bidding process conducted by the Japanese government chose the Consortium.  JICA has committed to funding up to $2.5 billion for the project. Line 2 is currently being built by an international consortium with a total investment of almost $1.9 billion.

Project Manager for the Fourth Bridge over the Panama Canal

President Varela delivered the official “order to proceed” to T.Y Lin International, so they can begin project management of construction of the fourth bridge over the Panama Canal, which will have an investment of over $17 million.

T.Y Lin International, a U.S. transportation and infrastructure engineering company, won the international bidding process and will provide technical assistance for the project. Currently, a pre-qualification process is being carried out to identify companies interested in participating on the billion-dollar project.