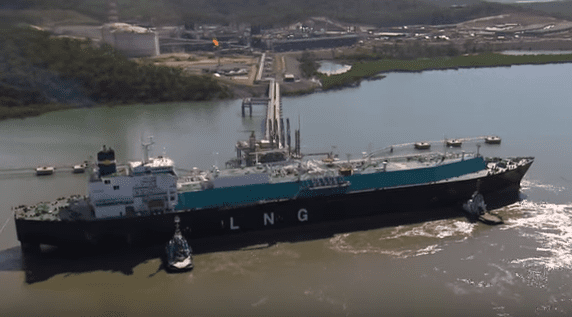 Bechtel has announced that GLNG Project Train 2, the fifth of six production trains on Curtis Island, has successfully begun producing liquefied natural gas (LNG). The three LNG projects continue smooth transition towards operations with just one train on the Australia Pacific LNG (APLNG) project to complete commissioning and startup before the entire program moves into long-term operations, producing more than 25 million tonnes of LNG per annum.

“Successfully delivering LNG production units for our three customers on Curtis Island will go down among the most significant achievements in Bechtel’s 118-year history,” said Alasdair Cathcart, general manager of Bechtel’s LNG business line. “Our teams have worked with the customers to overcome considerable challenges of megaproject construction, building the Curtis Island projects safely, on time and budget with the three facilities already producing above required capacity. I want to congratulate the entire team on this outstanding performance and continued focus as we work on bringing the last of the six trains on line safely and to the same quality our customers have experienced to date.”

Bechtel is responsible for about 40% of the world’s LNG liquefaction capacity currently under construction. Bechtel is also the principal downstream contractor for the Chevron-operated Wheatstone LNG Project in Western Australia.

Bechtel is one of the most respected global engineering, construction, and project management companies. Together with our customers, we deliver landmark projects that foster long-term progress and economic growth. Since 1898, we’ve completed more than 25,000 extraordinary projects across 160 countries on all seven continents. We operate through four global businesses: Infrastructure; Nuclear, Security & Environmental; Oil, Gas & Chemicals; and Mining & Metals. Our company and our culture are built on more than a century of leadership and a relentless adherence to our values, the core of which are safety, quality, ethics, and integrity. These values are what we believe, what we expect, what we deliver, and what we live.  www.bechtel.com