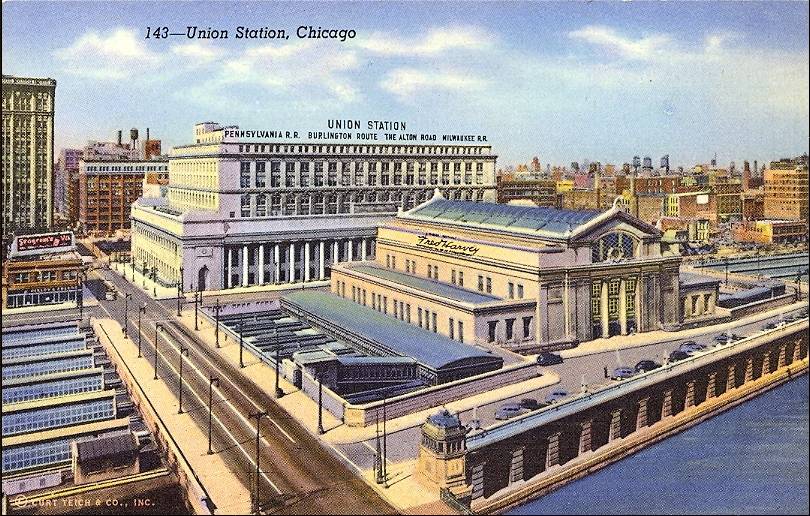 CHICAGO — Amtrak is taking the next step toward selecting a Master Developer for commercial elements of Chicago Union Station (CUS) and neighboring properties by seeking responses to a Request For Qualification (RFQ) now posted at procurement.Amtrak.com.

“Amtrak believes that bringing in private equity through a Master Developer can best achieve the desired outcome that optimizes CUS as an asset that serves more than 33 million travellers and commuters per year,” said Stephen Gardner, Amtrak Executive Vice President, Infrastructure Development. “We look forward to continued communication with the development community to find a talented partner to assist us in transforming Chicago Union Station into a world-class transportation facility that is further woven into the fabric of the great city in which it resides.”

“By transforming Union Station into a modern transit hub for Chicago we will create economic opportunities that will reach every corner of the city,” Mayor Rahm Emanuel said. “Today we are taking an important step towards this transformation, and I look forward moving ahead in this process so we soon break ground and ensure Chicago stays a city on the move.”

Last October, Amtrak sought local, regional and national developers interested in the opportunity to redevelop the Amtrak-owned station and surrounding land parcels, as well as improvements to both passenger and employee facilities. Industry response was strong and helped to craft the RFQ, with responses due by July 1, 2016. Those interested in submitting a response must contact Michael.Doonan@Amtrak.com with Amtrak Procurement.

Only those firms that successfully respond by that date will be considered capable of all aspects of project delivery including an implementable Master Development Plan, design, construction, financing the potential operation and maintenance of non-rail assets, as well as identification of expansion opportunities and commercial development in the surrounding West Loop neighborhood. The plan must also harmonize with growing passenger volumes at CUS.

The Amtrak-owned area within the RFQ is 14.07 acres, which includes 613,075 square feet of total land area and 1,328,804 total square feet of building area, in addition to 1,679 parking spaces and approximately 3,000,000 total buildable square feet of excess air-rights.

The CUS complex is primarily comprised of the Concourse, Mezzanine, Headhouse, Amtrak Parking Garage, and the North and South Train Sheds.

Ongoing investments made by Amtrak, include upgrades to the station’s Headhouse building that included asbestos abatement, sprinkler systems, and the installation of air conditioning.

Any development solution envisioned by the selected proposer will need to align with Amtrak operational goals as well as integrate successfully with the surrounding West Loop neighborhood. It is critical that the Master Developer successfully engage the community and incorporate feedback from West Loop stakeholders into any development plan.

This RFQ and future phases of the Master Development process is part of a larger corporate program to leverage the substantial Amtrak asset portfolio.

Amtrak is America’s Railroad®, the nation’s intercity passenger rail service and its high-speed rail operator. Amtrak and its state and commuter partners move people, the economy and the nation forward. Formally known as the National Railroad Passenger Corporation, Amtrak is governed by a nine member board of directors appointed by the

President of the United States and confirmed by the U.S. Senate. Anthony R. Coscia is board chairman and Jeffrey R. Moreland is vice chairman. In FY 2014, nearly 31 million passengers traveled on Amtrak on more than 300 daily trains – at speeds up to 150 mph (241 kph) – that connect 46 states, the District of Columbia and three Canadian Provinces. Enjoy the journey® at Amtrak.com or call 800-USA-RAIL for schedules, fares and more information. Like us on Facebook, Follow us on Twitter (@Amtrak) and check out our blog at blog.amtrak.com.