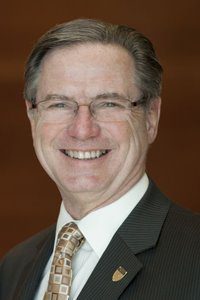 The American Society of Civil Engineers (ASCE) has announced that Pat Natale, Vice President–Business Development for Mott MacDonald in North America, has been elected to Distinguished Membership.

“Since he joined us in 2014, Pat Natale has made an invaluable contribution to our growth, development, and corporate culture,” said Nick DeNichilo, President and CEO of Mott MacDonald in North America. “We are pleased and proud that he has received another recognition for everything he has contributed to the engineering industry.”

In the ASCE’s citation, Natale was recognized “For eminence in engineering management leading to public awareness of civil engineering, its contribution to society, and the need to safeguard our infrastructure.” Natale served as Executive Director of ASCE for 12 years, following a career of 28 years with New Jersey’s Public Service Electric and Gas Company (PSE&G).

The Distinguished Member Induction Ceremony will be held during ASCE’s Annual Convention, held from September 29 to October 1 in Portland, Oregon.

Last year, Pat Natale received the prestigious ASCE Presidents’ Award, given “For leadership in the ASCE Report Card on America’s Infrastructure, creation of the Institute for Sustainable Infrastructure, increasing awareness of ASCE in Congress, the media and the general public and for his unwavering support of the civil engineering profession.