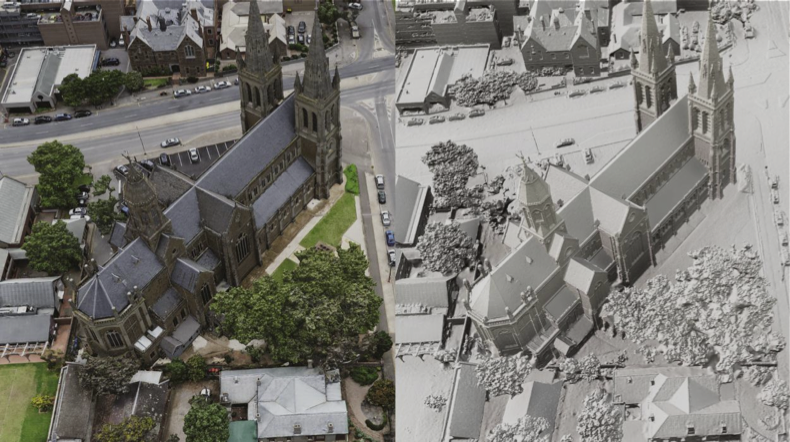 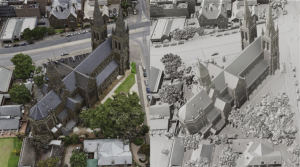 The end-to-end system has been developed in Adelaide by Aerometrex, a mapping company which works throughout Australia. The system is world-class and compares very favourably with the latest offerings from the Internet media giants such as Google and Apple.

According to Aerometrex’s Managing Director, Mark Deuter, aero3Dpro is both an information-rich visualization tool and an accurate measurement system.

“We can position ourselves anywhere in the model to see a view from that location and then take accurate measurements or volumes from that point also,” Mark says.

“The video flythroughs we have developed illustrate the extreme flexibility of the system – for example, we can “fly” through the spires of St Peters Cathedral and see all of the external fabric of the building in extremely high resolution – stonework, windows, garden and streetscape. It’s like being in a dream, where everything becomes possible.”

The aero3Dpro system can accept images taken from all standpoints and use them to generate 3D models. These include aerial imagery from aircraft, helicopters and UAVs as well as street-level imagery. The geometry of every image is analysed and modelled to reconstruct the position of the camera, then used in reverse to re- construct the objects in the images in full 3D.

“The applications for aero3Dpro are enormous and we are delighted with the interest in our product, even prior to the official launch,” Mark says.

“We have recently completed a project for a property development interstate where the aero3Dpro model was combined with highly-accurate survey data and provided a perfect 3D fit.”

“The range of industries that will use the product will be well outside our usual client list and we look forward to introducing this technology to lots of new customers.”

Aerometrex is a privately-held South Australian company which has been based in Adelaide for the last 12 years. The company is well known in the spatial and mapping industry, having produced an outstanding series of aerial photography products for all levels of Government in South Australia, and has worked extensively for other Government agencies, public companies and for Google Earth throughout Australia, New Zealand and Papua New Guinea. The company employs 30 staff and is based in Kent Town.