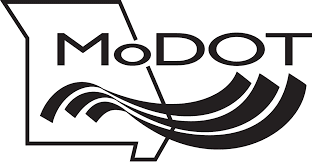 Whereas the last two years, only a handful of new projects were added to the rolling five-year plan because of a potential severe drop in the MoDOT construction budget, changing economic conditions make this year’s STIP more robust. Increased state revenues, predictable federal funding as a result of Congress’ passage of the FAST Act in December 2015, and MoDOT’s ongoing efforts to seek federal reimbursement for preventive maintenance activities have resulted in more funding available for the STIP.

“This year’s STIP allows us to make up a little bit of the ground that we lost the last two years,” MoDOT Transportation Planning Director Machelle Watkins told the Commission. “We’ll be able to deliver more safety projects, and we’ll be able to do a better job of maintaining our assets than previously expected.  However, some areas of the state will still lose ground on the condition of their roads and bridges.”

“We have a long-term insufficient funding challenge if Missourians want more from their state’s transportation system,” she said. “And we don’t have the resources available to attack the state’s really big needs, like the reconstruction of Interstate 70.”

The draft 2017-2021 Statewide Transportation Improvement Program lists transportation projects planned by state and regional planning agencies for fiscal years 2017 through 2021 (July 1, 2016 through June 30, 2021). The proposed program is available for public review beginning May 11. Those interested in seeing the program or offering comments can contact MoDOT by Email to STIPcomments@modot.mo.gov, by calling customer service centers at 1-888-ASK-MoDOT (888-275-6636), or by mail to Transportation Planning, Program Comments, P.O. Box 270, Jefferson City, MO 65102. The program is also available on MoDOT’s website, www.modot.org, and at MoDOT district and regional offices around the state. The formal comment period ends June 10, 2016.

Following the public review period, the comments will be presented to the Missouri Highways and Transportation Commission. The commission will review the comments and the final transportation program before considering it for approval at its July 7 meeting.