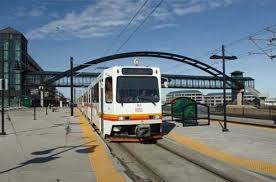 Matt Ball on May 11, 2016 - in Corporate, Design/Engineering, Transportation

“When completed, the Southeast Light Rail Extension will add yet another important connection to Denver’s forward-looking transit expansion plan,” said U.S. Transportation Secretary Anthony Foxx.  “We are pleased to support a project that will improve access for residents south of Denver to jobs and other opportunities in the metropolitan area.”

“By expanding light rail south of the city, we are creating efficient new access to Denver and all the city has to offer for residents in the greater metropolitan area,” said FTA Acting Administrator Carolyn Flowers.  “This investment will improve connections for residents along the I-25 corridor who want to access Denver International Airport or jobs, school, medical care, and other vital services in Douglas County and downtown Denver.”