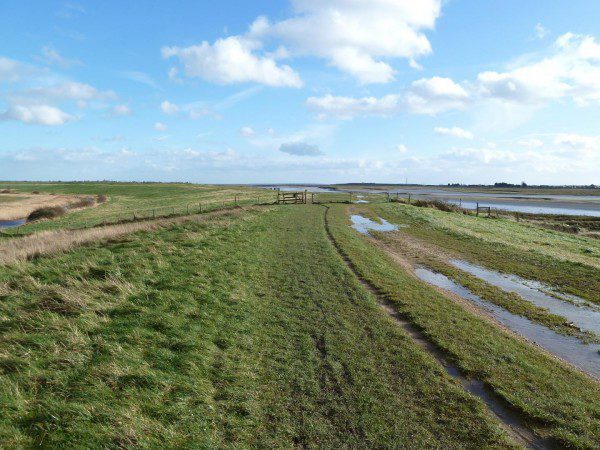 Matt Ball on May 6, 2016 - in Analysis, Corporate, Stormwater, Surveying/Mapping

The contents of historic coastal landfill sites could pose a significant environmental threat if they erode, according to a new study from Queen Mary University of London (QMUL).

There are 1264 historic coastal landfill sites in England and Wales, all of which are sealed and no longer receive waste, but fall wholly or partially within the Environment Agency’s Tidal Flood Zone 3.

The analysis found that 100 percent of the Leigh Marsh waste samples and 63 percent of the Hadleigh Marsh samples contained contaminants at concentrations that exceed marine sediment quality guidelines ‘probable effects levels’, indicating that adverse effects to flora and fauna could be expected if the waste was to erode into surrounding coastal wetlands.

The findings are from a forthcoming report for the Environment Agency, authored by Dr Kate Spencer, Reader in Environmental Geochemistry at QMUL, and James Brand, PhD student at QMUL’s School of Geography.

“It’s important to state clearly that we’re not saying these sites are currently eroding. What our findings show is that in the event of erosion, there would be serious environmental consequences due to the level of contaminants that would pollute the surrounding protected ecological sites.”

The main risks to these landfills come from the effects of climate change, including erosion and flooding with salt water from storm surges and higher water levels.

According to Dr Spencer, many of these sites may be vulnerable to erosion and coastal flooding in the future.

“If you take a look inside these sites, they reflect consumption and waste patterns of the time. So one historic landfill site might contain a huge amount of plastics, and another might be full of coal ash. Many of them were in use when there were no rules about what went in. This is important because it means that we can’t draw national conclusions from individual sites — every landfill is essentially unique and some will prove more risky than others.”

Mr Brand said that it was “important to understand the sheer scale of some of these sites”. The Hadleigh Marsh site contains 500,000m3 of waste — if this waste were to erode and be released to the adjacent marsh, there is sufficient material to cover 138 Wembley size football pitches to a depth of half a metre.

The next stage of the research will create a vulnerability index for historic coastal landfill sites, to determine where resources and attention might best be focused.