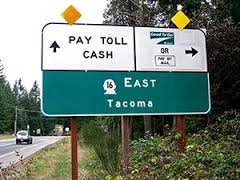 OLYMPIA—The State Auditor’s Office (SAO) recently conducted a performance audit of the Washington State Department of Transportation’s toll collection system. The report, including WSDOT’s response, was released today and finds the system to be sound, while offering several recommendations for the Toll Division – many of which are already underway.

“Tolling plays a pivotal role in managing congestion and in building a stronger transportation system for Washington,” said Acting Secretary of Transportation Roger Millar. “The Toll Division handles 37.6 million transactions every year, all while ensuring safe operations for drivers, safeguarding customer information and providing ongoing reports to the Legislature about our performance. There are always areas to improve, and we welcome that feedback.”

WSDOT’s response includes both the new actions that the agency will take in response to the audit, and those that are already underway. Ongoing or recently completed tasks noted in the report include:

Though the Toll Division has multiple components of a long-term plan completed, work has now begun on implementing the SAO’s recommendation to develop a comprehensive strategy that incorporates all aspects of division operations into one overarching document.

WSDOT disagrees with one key aspect of the report: toll collections. WSDOT collects 94 percent of tolls up front through Good To Go! accounts and Pay By Mail – a record that the independent Tolling Expert Review Panel determined made the agency “among the nation’s best performers.” WSDOT’s collection rate is even higher, 98 percent, as customers resolve outstanding tolls through the toll enforcement program.

Toll systems are complex and unique, and should be compared to other toll system performance. The information and dollar amounts the auditor chose to include in the report do not accurately reflect WSDOT’s strong performance in collecting the tolls generated by the millions of drivers who use the system each year.

Millar also noted the strength of the Toll Division leadership team, particularly that of Assistant Secretary Patty Rubstello, who took the helm in November 2015. “Assistant Secretary Rubstello brings years of experience in toll operations, and is the right leader for the division,” said Millar. “She understands and has demonstrated success in planning, implementing, and operating toll systems, and using them to manage congestion on some of the region’s most-used highways.”