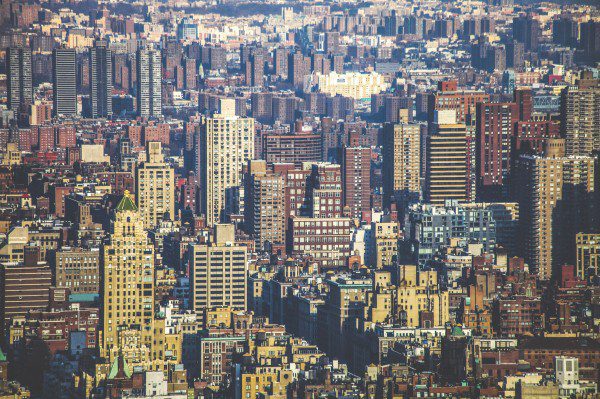 The announcement was made during a breakfast briefing, organized by C40 and the Compact of Mayors, with Anne Hidalgo, the Mayor of Paris (France); Kgosientso Ramokgopa, the Mayor of Tshwane (South Africa); and Denis Coderre, the Mayor of Montreal (Canada).

“Cities are the key to achieving both the Sustainable Development Goals and the national climate commitments of the Paris Agreement,” said Mayor Ramokgopa. “This Coalition will build the evidence base for policymakers on the solutions that can unlock the power of cities to support better development and a better climate.”

Many of the barriers to city level action lie in the hands of national leaders and Ministers of Finance, Energy, Transportation, and Economy, who often hold key levers shaping urban development. The Coalition will support decision-making on urbanisation at the national level in countries around the world, linking city-level strategies with broader economic planning. Through economic research and in-country engagement, the Coalition will help governments put effective urban infrastructure investment at the heart of their growth strategies.

“Mayors know about the economic and wider benefits of sustainable cities, which is why many are doing everything they can to act on the opportunities from low carbon growth,” said Eduardo Paes, C40 Chair and Mayor of Rio de Janeiro. “However, the scale of the urbanisation challenge is so large that we can’t do it alone. We need national-level policy makers and economic planning to complement city-level efforts. That’s where the Coalition for Urban Transitions will play a big role.”

Managing urban development better can trigger major dividends. Recent research has found that investing in compact, connected, and efficient cities could substantially reduce greenhouse gas emissions and generate global energy savings with a current value of US$17 trillion by 2050.

“The scale and pace of the global urban revolution happening now cannot be underestimated and the opportunities – if managed well – could be tremendous. For instance, just investing in sustainable transport offers not only social and environmental advantages but can also deliver savings of as much as $300 billion per year,” said Aniruddha Dasgupta, Global Director, WRI Ross Center for Sustainable Cities, the managing partner of the Coalition. “Getting this kind of information – about the clear economic benefits of building better cities – into the hands of decision makers can help set us on a path where each country can start to reap the benefits of an urban dividend.”

Over the next three years, the Coalition will work in a number of rapidly-urbanising countries, such as China and India, where the scale of the challenge is immense:

• Damage to health from poor air quality, much of which is associated with burning fossil fuels, is valued at over 10% of GDP in China. Compact and connected cities can help to meet China’s urban challenge – abillion people are expected to live in Chinese cities in the 2020s. If tightly linked by mass transit systems, such cities will be more liveable, attractive, competitive and energy efficient.
• India’s urban population will cross 600 million in the next 15 years. Its cities will account for 75% of national GDP and 70% of all net new jobs. However, half the world’s most polluted cities are in India, including the top four in the world: Delhi, Patna, Gwalior, and Raipur. Outdoor particulate matter pollution caused an estimated 630,000 premature deaths in India in 2010, and costs the equivalent of 5.5–7.5% of GDP per year. By investing in smart cities, India could reduce congestion and severe air pollution, whilst boosting productivity.

The New Climate Economy is the flagship project of the Global Commission on the Economy and Climate. It was established by seven countries as an independent initiative to examine how countries can achieve economic growth while dealing with the risks posed by climate change. Chaired by former Mexican President Felipe Calderón, and co-chaired by renowned economist Lord Nicholas Stern, the Commission comprises former heads of government and finance ministers, leading business people, investors, city mayors and economists. Research for the Commission has been carried out by a partnership of 8 leading global economic and policy institutes.

The C40 Cities Climate Leadership Group, now in its 10th year, connects more than 80 of the world’s greatest cities, representing 600+ million people and one quarter of the global economy. Created and led by cities, C40 is focused on tackling climate change and driving urban action that reduces greenhouse gas emissions and climate risks, while increasing the health, well-being and economic opportunities of urban citizens. The current chair of the C40 is Rio de Janeiro Mayor Eduardo Paes; three-term Mayor of New York City Michael R. Bloomberg serves as President of the Board. C40’s work is made possible by three strategic funders: Bloomberg Philanthropies, Children’s Investment Fund Foundation (CIFF), and Realdania.

The WRI Ross Center for Sustainable Cities works to make urban sustainability a reality with global research and on-the-ground experience in Brazil, China, India, Mexico, Turkey and the United States. The Ross Center has a dedicated set of over 200 experts working in over 50 cities globally to affect sustainable urban change.