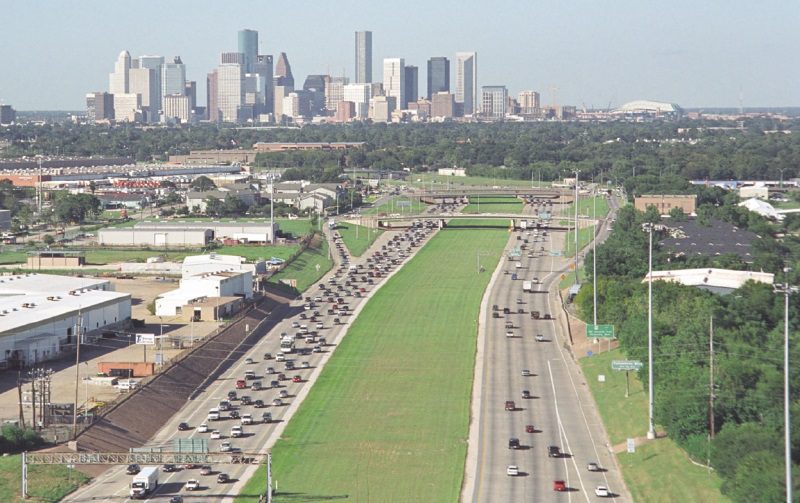 Matt Ball on May 2, 2016 - in Financial, Maintenance, Transportation

“The TIFIA loan program is designed to help communities like Houston begin projects like this – a project that they would have otherwise had to wait years to start,” said Secretary Foxx. “The new tolls lanes will provide a more reliable commute in one of America’s most congested metro areas, and improve access to jobs and community services in neighborhoods there.”

He added that Beyond Traffic, a U.S. Department of Transportation (USDOT) report issued last year, examined the challenges facing America’s transportation infrastructure over the next three decades, such as rapidly growing population and increasing traffic. Gridlock nationwide, as in Houston, is expected to increase unless changes are made soon.

The SH 288 project involves building the new tolled lanes on more than 10 miles between US 59 and the Harris County line, including direct ramps to the Texas Medical Center, a new interchange with the Sam Houston Tollway and upgrades to the Loop 610 interchanges. The $357 million TIFIA loan will go to the Blueridge Transportation Group, the private company that will build and operate the tollway until 2068. Toll revenue will be used to repay the TIFIA loan.

“Critical infrastructure projects like this one depend on innovative new approaches, and the Lone Star State has been a leader in using such creative solutions,” said FHWA Administrator Gregory Nadeau. “The people of Houston have needed improvements to this corridor for a long time.”

SH 288 is a 60-mile highway between US 59 and the IH 45 interchange in downtown Houston, to the city of Freeport near the Gulf of Mexico and is a critical north-south transportation corridor for the Houston metro region, which extends through Harris County and Brazoria County.