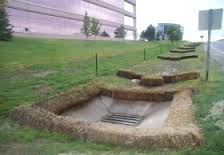 Stormwater discharges from construction activities can significantly impact water quality. As stormwater flows over a construction site, it can pick up pollutants like sediment, debris, and chemicals and transport them to nearby storm sewer systems or directly into rivers, lakes, or coastal waters.

Depending on the location of the construction site, either the state (if it has been authorized to implement the NPDES stormwater program) or EPA will administer the permit. In areas where EPA is the permitting authority, operators of regulated construction sites are generally permitted under EPA’s 2012 Construction General Permit (CGP).

Comments may be submitted at www.regulations.gov under docket ID No. EPA-HQ-OW-2015-0828. A final permit will be issued prior to expiration of the current CGP.