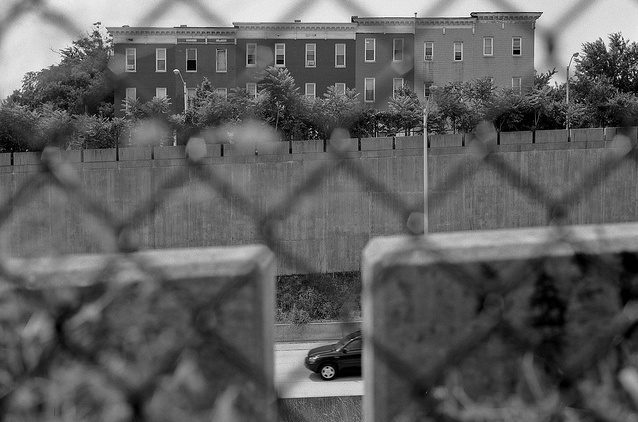 BALTIMORE – U.S. Transportation Secretary Anthony Foxx and Baltimore Mayor Stephanie Rawlings-Blake today participated in the groundbreaking of the Re-Connect West Baltimore project, a reconfiguration of the Fulton Avenue Bridge and other infrastructure improvements that will help improve connections to neighborhoods that have been cut off from downtown Baltimore since the construction of the U.S. Route 40 extension in the 1970s. This bridge project will provide thousands of area residents increased bicycle and pedestrian accessibility and improved connections to employment centers, commercial districts, and the West Baltimore Maryland Area Regional Commuter (MARC) station.

“This project exemplifies how transportation not only has the ability to take people to opportunity, but also bring opportunity to them,” said Secretary Foxx. “By working together with the community and local leadership, we are making major strides toward the city’s long-term vision of a sustainable transportation network in West Baltimore that will provide affordable commuting options for low-income populations.”

The event also marked the one year anniversary of the U.S. Department of Transportation (U.S. DOT)’s Ladders of Opportunity Transportation Empowerment Pilot (LadderSTEP). Last spring, the City of Baltimore was selected to participate in the pilot, which provides technical assistance to certain cities by convening public and nonprofit entities to advance game-changing community revitalization projects. In Baltimore, LadderSTEP has focused on the area near the West Baltimore MARC Station to support neighborhood revitalization and strategic site development. The city’s participation in LadderSTEPhelped facilitate the use of Federal funds and permits the city to use their existing local hire law for a federally funded project for the first time on the Fulton Ave Bridge under the Department’s Local Labor Hiring Pilot Program. The pilot program is designed to encourage local hiring on the Re-Connect West Baltimore Project through incentives of up to $100,000 for contractors to employ Baltimore City residents.

“The City of Baltimore is proud to have been chosen as one of only seven cities in the nation to participate in the U.S. Department of Transportation’s LadderSTEP Transportation Empowerment pilot program,” said Mayor Rawlings-Blake. “We are excited to leverage the LadderSTEP program to improve areas near the West Baltimore MARC Station, where existing transportation access provides a good starting point for neighborhood revitalization, and to provide more job opportunities to local workers.”

Transportation infrastructure plays a critical role in connecting Americans to economic opportunity and choices made at the federal, state and local level can strengthen communities, create pathways to jobs and improve the quality of life for all. In supporting President Obama’s Ladders of Opportunity initiative, the Department’s DOT Connects agenda works to empower transportation leaders, grantees and communities to revitalize, connect, and create workforce opportunities that lift more Americans into the middle class through initiatives, program guidance, tools and standards.