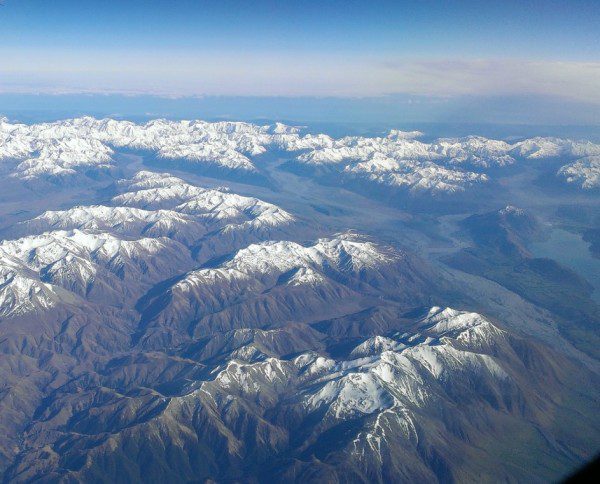 Researchers from the University of Southampton, GNS Science (New Zealand), the University of Otago, and GFZ Potsdam (Germany), identified the sources and fluxes of the geothermal fluids and mineral veins from the Southern Alps of New Zealand where the Pacific and Australian Plates collide along the Alpine Fault.

From careful chemical analyses, they discovered that fluids originating from the mantle, the layer below the Earth’s crust, and fluids derived from rainwater, are channelled up the Alpine Fault.

By calculating how much fluid is flowing through the fault zone at depth, the researchers showed for the first time that enough rainwater is present to promote earthquake rupture on this major plate boundary fault.

Lead researcher Dr Catriona Menzies, from Ocean and Earth Science at the University of Southampton, said: “Large, continental-scale faults can cause catastrophic earthquakes, but the trigger mechanisms for major seismic events are not well known. Geologists have long suspected that deep groundwaters may be important for the initiation of earthquakes as these fluids can weaken the fault zones by increasing pressures or through chemical reactions.

“Fluids are important in controlling the evolution of faults between earthquake ruptures. Chemical reactions may alter the strength and permeability of rocks, and if enough fluid is present at sufficiently high pressures they may aid earthquake rupture by ‘pumping up’ the fault zone.”

The Alpine Fault is a major strike-slip fault, like the San Andreas, that fails in very large (Magnitude 8+) earthquakes around every 300 years. It last ruptured in 1717 AD and consequently it is under intense scientific scrutiny because it is a rare example of a major fault that is late in the strain-build up before rupture.

Dr Menzies said: “We show that the Alpine Fault acts as a barrier to lateral fluid flow from the high mountains of the Southern Alps towards the Tasman Sea in the west. However, the presence of mantle-derived fluids indicates that the fault also acts as a channel for fluids, from more than 35 km depth, to ascend to the surface.

“As well as mantle derived fluids, our calculations indicate that 0.02-0.05 per cent of surface rainfall reaches around six kilometres depth but this is enough to overwhelm contributions from the mantle and fluids generated during mountain–building by metamorphic reactions in hot rocks. This rainwater is then focused onto the fault, forced by the hydraulic head of the high mountains above and the sub-vertical fluid flow barrier of the Alpine Fault.”